Section 144 In Odisha Village After Clash Over Ganesh Puja Pandal 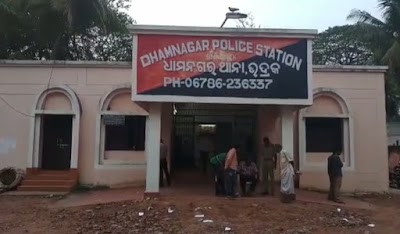 Bhadrak: Prohibitory orders under Section 144 of the CrPC have been clamped at a village in Odisha’s Bhadrak district after a clash between two groups over setting up of Ganesh Puja pandal, reports said on Wednesday.

The prohibitory orders, imposed at Bedpur village under the jurisdiction of Dhamanagar police station in the district on Tuesday night, will remain in force till September 2 in a order to maintain law and order and peace, sources said.

The step was taken by the district administration after two groups clashed following a dispute over setting up of Ganesh Puja pandal at a club in the village, they said.

On getting information, a police team rushed to the spot to bring the situation under control and disperse the crowd. Later, the district administration clamped prohibitory orders under Section 144 of the CrPC as a precautionary measure.

A close watch is being maintained by the police to ensure peace and prevent any untoward incident in the area, they added.

Mystery Shrouds Woman’s Death In Her House In Bhubaneswar