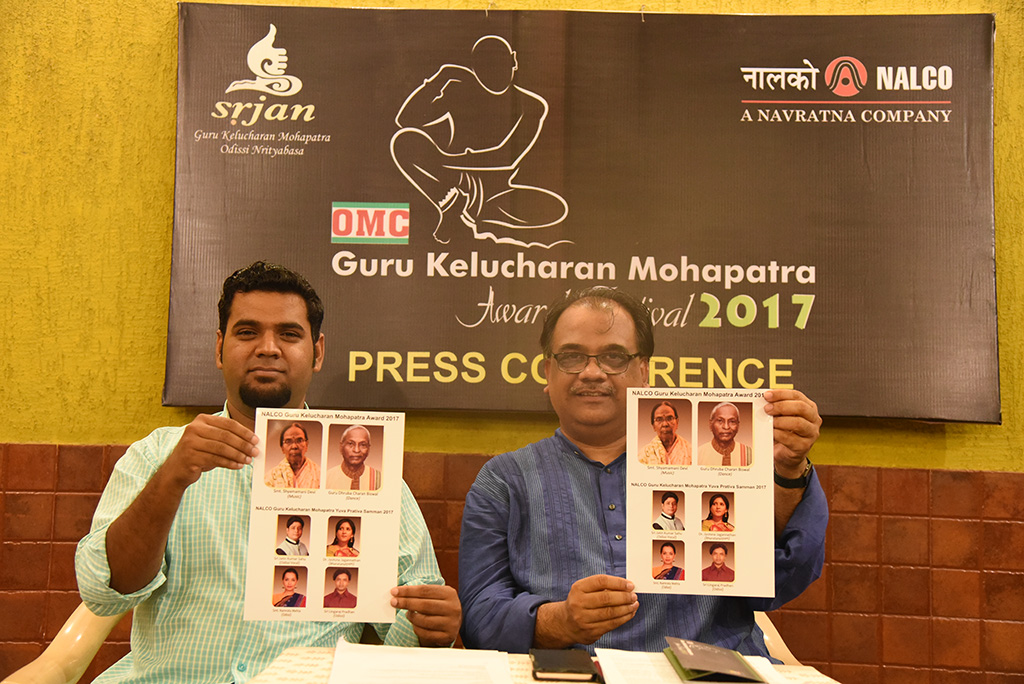 Bhubaneswar: The prestigious Nalco Guru Kelucharan Mohapatra Samman 2017 will be conferred on Shyamamani Devi and Guru Dhruva Charan Biswal for their contribution in the field of music and dance respectively. They will receive cash award of Rs 1,00,000 each along with a citation.
At a media conference here on Tuesday, Director, Srjan, Ratikant Mohapatra also announced the names of the recipients of NALCO Guru Kelucharan Mohapatra Yuva Pratibha Samman 2017. They are Lingaraj Pradhan from Bhubaneswar and Namrata Mehta from Mumbai for Odissi dance, Jyotsna Jagannathan from Bangalore for Bharatnatyam and Jateen Kumar Sahoo from Mumbai for Odissi vocal. The award comprises Rs 25,000 and a citation.
The five-day-long award festival is scheduled to be held from September 5 to 9 at Rabindra Mandap here.
Renowned artistes from inside and outside Odisha will perform on those five days. ‘Mahanayaka Bijayananda’, a thematic presentation on the life and work of Biju Pattnaik by Srjan, will be an added attraction of the festival. An audio visual production, it has been choreographed by Ratikant Mohapatra. The music is by Laxmikant Palit, script by Jaydev Das and lyrics by Nityananda Misra.