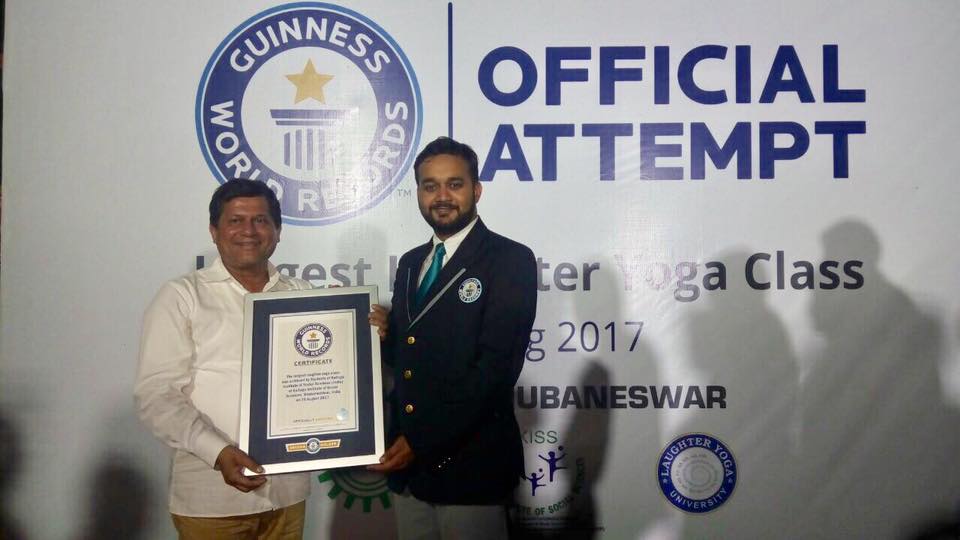 As many as 15,991 students performed laughter yoga with Guru of Giggling Dr. Madan Kataria to create the record. After verifying all the criteria of the largest laughter yoga class, Dangarikar presented a certificate to KIIT & KISS founder Dr. Achyuta Samanta for the achievement.

“This is literally the happiest record,” Dangarikar said.
The past Guinness record in laughter yoga was 1126.
Earlier, KISS had set double Guinness World Records by forming the longest human chain and largest human sentence in the world by indigenous people.
“KISS is the pride of Odisha, glory of India and wonder of the world,” said Dr. Samanta, while congratulating the students for the successful largest laughter yoga class and the world record.