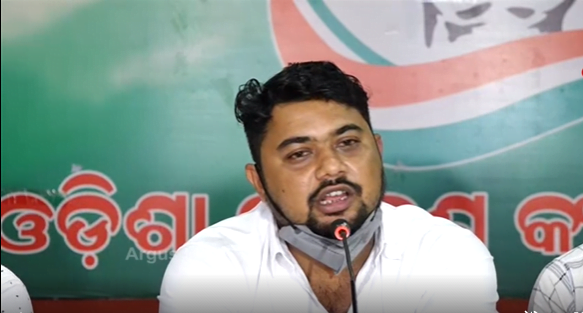 Bhubaneswar: The Youth Congress on Wednesday said illegal gutkha producing units in the state were running with protection from the government.

Speaking to media persons here, State Youth Congress president Yashir Nawaz said KP Sugandh Limited that manufactures ‘Madhuban Safal Gutkha’ and ‘Pan Masala’, is one such unit that is running in Jharsuguda in violation of all rules and regulations.

Stating that the unit does not have necessary permission from the Fire department, he alleged that proximity of its owner to ministers Dibya Shankar Mishra and Susanta Singh has led him to flout the norms with impunity.

A major fire broke out in the factory recently and several workers who were inside at the time of incident, suffered severe burn injuries. Following the incident, it was found that the unit did not have adequate fire safety measures and inflammable substances were stored there in huge quantities, he said.

“Despite the law prohibiting any factory to run adjacent to a school, the gutkha unit has been operating by flouting the norm and without facing any legal action for several years,” Nawaz said.

He further alleged that the employees were working in hazardous conditions in the factory which does not follow the anti-pollution norms.

The Youth Congress leader demanded arrest of the factory owner and closure of the unit apart from resignation of the two ministers.

It may be noted that the government had banned production and sale of gutkha in any form in the state in 2013.

2022 Could Ring Wedding Bells For These Bollywood Couples