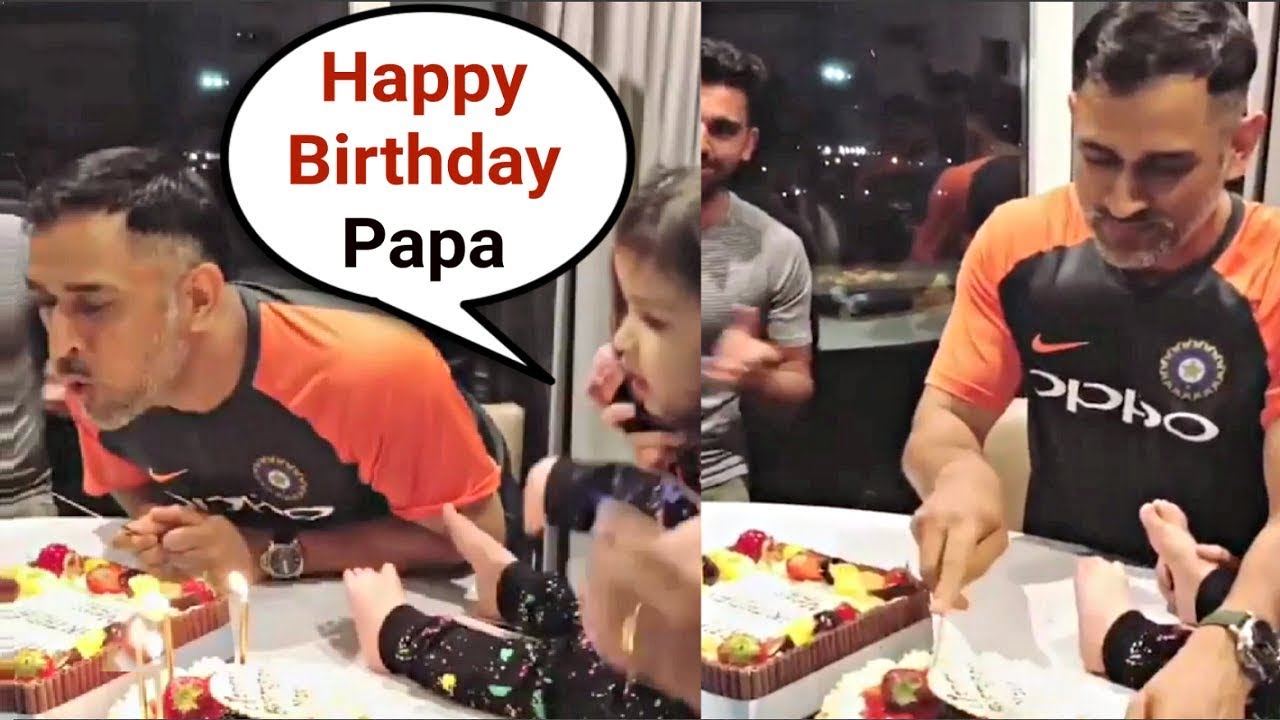 Mahendra Singh Dhoni, more popularly known as Mahi or simply Dhoni, has has his share of detractors and an overwhelming number of fans as well. While Dhoni’s critics point out to his slowing down in recent times, the ever loyal fans spring to his defence with gusto and their own peculiar loyalty.

And the cheer of the fans are more the merrier to wish their Cricket Superstar Happy Birthday on 7th July.

Here are a look at few intriguing aspects of this birthday boy:

MSD brought stability to the Indian team as a wicket-keeper batsman ever since he made his ODI debut in 2004 and Test debut in 2005. Before that, there was virtually a carousel and merry-go-round of wicket-keepers, including MSK Prasad, Vijay Dahiya, Deep Dasgupta, Ajay Ratra, Sameer Dighe, Nayan Mongia, Saba Karim, Parthiv Patel and Dinesh Karthik.

But Dhoni’s selection to the team and subsequent performances sealed the spot. He made it his own.

Hats off to Dada, our inspirational captain Sourav Ganguly. Dada’s chosen spot was Number 3, since India had destructive openers in Sachin Tendulkar and Virender Sehwag. MSD was playing just his 5th ODI and his highest score prior to this was only 12. In his previous match, Mahi had batted at number 7, and he had scored only 3. Dada showed his instinctive genius as a captain to send Dhoni at one down, and Mahi responded by scoring a magnificent 148, helping India amass a winning 346 in the process.

India had found a new destructive batsman in Dhoni. Thank you Dada.

T20 was a new format in the mid-2000’s. India’s stalwarts Sachin, Sourav and Dravid opted out of the inaugural T20 World Cup in 2007. The selectors sprung a surprise by naming Dhoni as the Captain. Former BCCI President Sharad Pawar later revealed that it was Sachin who had recommended MSD’s name for captaincy.

In his 1st match, there was a “bowl out” situation against Pakistan when both teams were tied at the same score. Mahi took an innovative decision by choosing 3 slower bowlers Sehwag, Harbhajan and Uthappa who struck timber all three times while Pakistani quicks led by Umar Gul failed.

In the final, his selection of Joginder Sharma over Harbhajan was praised as it clicked big time. However, there was a shrewd understanding of the game behind the “gamble”. While the experienced Bhajji had conceded 36 in his 3 overs, Joginder had conceded just 13 in his 3. So there was method in the “madness”.

Dhoni’s unorthodox thinking would continue to be a highlight of his captaincy throughout his career.

After India’s disastrous 2007 World Cup campaign, Dhoni captained the ODI team after Dravid stepped down. The selectors clearly had a long term plan in mind and Dhoni continued as ODI captain which spectacularly paid off with India winning the World Cup in 2011.

In 2015, India, a team in complete disarray, entered the semi-finals against all odds, but were outclassed against a thoroughly professional Australian side. An interesting aspect of how Dhoni operates as the skipper could be seen when he took bowlers Ishant, Mohit, and BK to an adventure park for hiking and fishing to take mind off cricket, relax and come back rejuvenated.

After Anil Kumble stepped down as the Test captain, Dhoni took over charge. Under his captaincy, India topped the ICC Test rankings for the 1st time. Dhoni led the team to 27 Test wins, including 6 abroad. However, there were as many as 15 losses abroad (out of 18 overall) for which his test captaincy was criticised. So was his decision to suddenly retire in the middle of a Test series.

As a Test batsman, Dhoni hit 6 centuries and his defining innings as a batsman was a counter attacking 224 versus Australia at Chennai, when his captaincy was on the line. The knock had an impact on how the series shaped out since at that point the two teams were equally placed and the Aussies never recovered thereafter.

Dhoni transformed himself from a hard hitting batsman to a finisher as per the demand of the hour and need of the team. He has the most unbeaten innings and the highest average in successful chases. In number of unbeaten innings he is followed by Jonty Rhodes, Inzamam-ul-haq and Ricky Ponting, while in highest average in successful chases he is ahead of Virat Kohli, Michael Bevan, ABD and Joe Root. He has remained not out in losing causes while chasing only twice.

Dhoni’s method as finisher is simple. He nudges around, runs hard and takes singles and twos to take the score as near to the target as possible. He then relies on a few lusty blows to score the winning runs. The danger is that the asking rate may go out of bounds. Of late, this is becoming more and more difficult and inviting criticism, especially since rotating the strike is proving difficult. Earlier Mahi was most adept against the spinners but is now finding them difficult to get away.

This is the best thing which has happened to Indian cricket in recent times. Many thought the transition would be difficult but Kohli credits Dhoni for making it smooth, going so far to say that he is lucky to have Dhoni with him in his initial years as captain and that the players hardly felt there was a change in captaincy. Virat also says that he goes by his instincts but whenever he asks Dhoni anything, then 8 or 9 times out of 10 it works.

As per VVS Laxman, the combination of Kohli’s aggression and Dhoni’s calmness has worked wonders for the successful fortunes of the Indian team. VVS also credits Kohli with approaching Dhoni without any ego. This certainly is super and good for the team.

With the team already entering the semifinals one hopes this duo will take us to World Cup glory in 2019. Nothing less than that will satisfy the Indian fans.

(Disclaimer: The views expressed by the author are his own and do not necessarily represent that of the web portal)