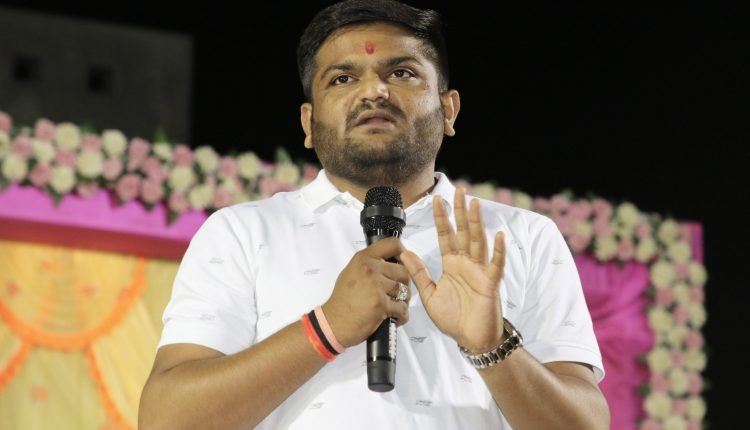 New Delhi: Hardik Patel launched a scathing attack on Congress’s senior leadership as he tweeted his registration from the party on Wednesday.

In his letter, Hardik said that the top leaders “were distracted by their mobile phones” and the Gujarat Congress are far away from issues of the state and more focussed on ensuring that chicken sandwich is delivered on time for leaders coming from Delhi.

Taking a dig at Rahul Gandhi, he wrote, “Whenever I met with senior leadership, I always felt that leaders were not really interested in hearing about problems concerning the people of Gujarat but were more engrossed in what messages they had received on their mobile and other trivial things. Whenever our country faced challenges and when the Congress needed leadership, Congress leaders were enjoying abroad.”

“It is unfortunate that workers like us who travel 500-600 kilometres in our cars in a single day, get to see big leaders of Congress are far away from issues of Gujarat but are more focused on ensuring chicken sandwiches for leaders who have come from Delhi are delivered on time.”

He also accused Congress of “working against the interest of the country and society”.

He concluded the letter, saying, “…I believe that after this step, I will truly be able to work positively for the people of our state.” 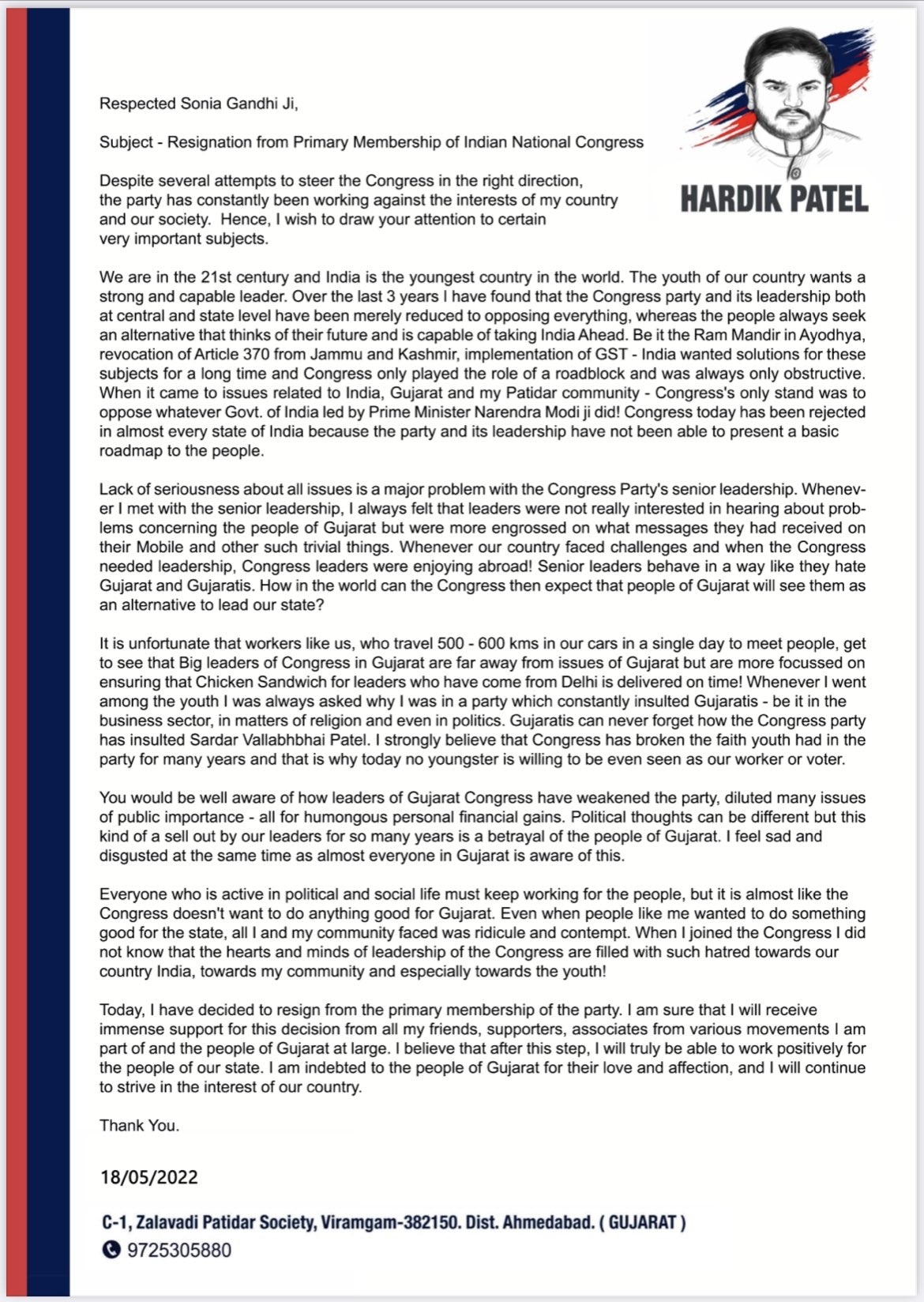 Speculations about Hardik’s exit had been doing rounds for the past many days and he also did not participate in Congress’s Chintan Shivir that took place in Udaipur recently.

Last month, he had apparently removed the party name from his bio on social media and changed his photo to one of him sporting a saffron shawl.

Hardik had grabbed headlines after the 2015 Patidar reservation agitation in Gujarat and joined Congress in 2019. He was appointed working president in July 2020.

The Gujarat Patidar leader has been in touch with the BJP leadership over the past two months and is likely to join the party within a week, the NDTV quoted sources as saying.