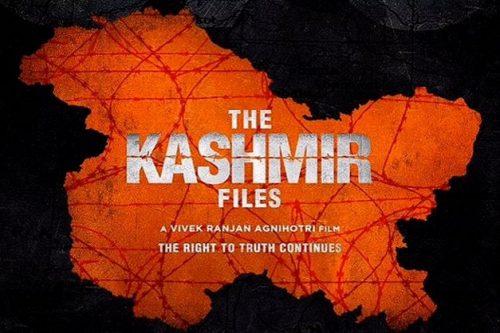 ‘The Kashmir Files’ director lashed out against Kashyap after the latter went on record as saying that he doesn’t want Agnihotri’s film to be selected for India’s Oscar nomination.

Kashyap, whose mystery-drama ‘Dobaaraa’, starring Taapsee Pannu, is scheduled for release on August 19, recently lauded SS Rajamouli’s ‘RRR’ and said that the Jr NTR and Ram Charan-starrer has a “99 per cent chance” of getting an Oscar nomination in Best International Feature Film category if selected as India’s official entry to the Academy Awards.

He added that he hopes ‘The Kashmir Files’ is not picked.

Taking to Twitter, Agnihotri shares a screenshot of the news report and blasted Kashyap.

“IMPORTANT: The vicious, GENOCIDE-DENIER lobby of Bollywood has started their campaign against #TheKashmirFiles for #Oscars, under the leadership of the maker of #Dobaaraa,” Agnihotri wrote.

Kashyap, in an interview with Galatta Plus, had said: “India might actually have a nomination in the final five if RRR is the film they pick. I don’t know what film anybody is going to pick. I hope not The Kashmir Files.”

‘The Kashmir Files’ deals with the pain, suffering, struggles and trauma of Kashmiri pandits, during the Kashmir insurgency in 1990.

The film won a lot of accolades, including from the BJP, as well as criticism from several quarters