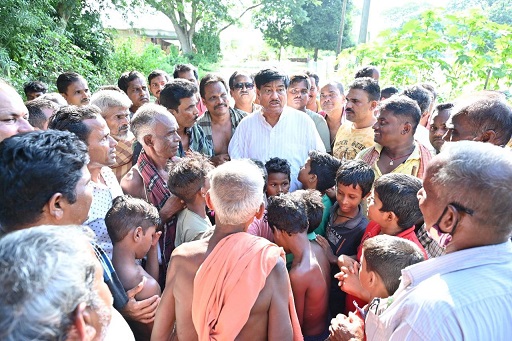 Bhubaneswar: For three days now, Odisha has been in the grip of floods. More than 2.5 lakh people in at least 1,400 villages across 10 districts of the state have been affected as a swollen Mahanadi and other rivers have breached embankments at several places and flooded villages.

But state ministers and MLAs, constituencies of many of whom have been affected by the floods, seem to be missing in action in the flood-affected areas.

Only a handful of ministers and MLAs have been seen so far touring the flood-affected areas, overseeing rescue and relief efforts and meeting villagers.

On Sunday, BJD MLA Debi Mishra visited the submerged Ma Bhattarika temple in Odisha’s Cuttack district to take stock of the situation. The BJD legislator went around the flooded premises of the temple, located on the banks of Mahanadi river at Sasanga village in his Badamba constituency, and interacted with servitors and local people.

Revenue & Disaster Management Minister Pramila Mallick on Wednesday reviewed the flood situation along with the SRC.

“This is a moderate-level flood. The districts of Kendrapada, Jagatsinghpur, Puri, Cuttack and Khurda have been the most affected. All mitigating efforts are being taken by the government to assist people in this crisis situation,” Pramila said after the meeting.

She further said that relief food packets are being distributed among the affected. “Local authorities have been asked to use schools, colleges and Kalyan mandaps as shelter houses. Extensive steps are being taken by the administrative officials to fence and plug fissures with sandbags,” she added.

Eighteen ODRAF and NDRF teams and 44 Fire Service teams are engaged in rescue operations round the clock.

The leaves of all government officials in Cuttack, Puri, Jagatsinghpur, Kendrapada, Nayagarh, Khurda, Angul, Boudh, Sonepur and Sambalpur districts have been cancelled for the next seven days. 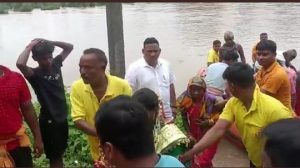 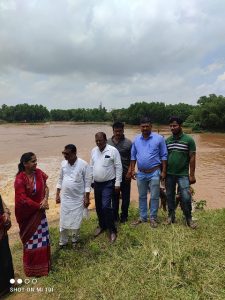 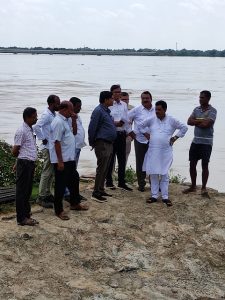 ‘World’s Hottest Grandma’ Claims She Was Dating Shane Warne; Why Was It A Secret?