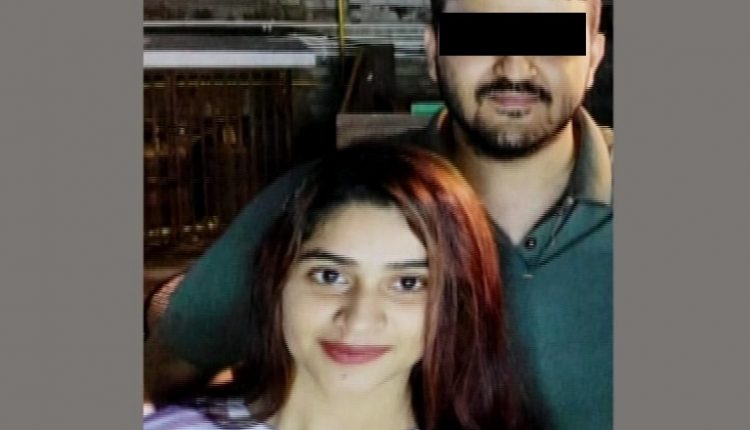 Sambalpur: After the viral audio clip, which is believed to be the last conversation between deceased software engineer Sweta Utkal Kumari and her boyfriend Soumyajeet Mahapatra, it is suspected that the latter has absconded amid reports that police might issue a summon to grill him in connection with her ‘death by suicide’.

A CCTV footage revealed that two persons left his Sambalpur residence last night on a motorcycle and only one of them returned hours later. His neighbours told a local channel that they had a tiff with the family over the encroachment of a government road in front of their house and a police complaint was also lodged in this matter. “They are unsocial and never participate in society’s events. They are money-minded and the allegation that they had demanded Rs 30 lakh from Sweta’s family could be true,” a neighbour and distant relative said.

Notably, her father had told the media that he had visited Soumyajeet’s place twice and his mother had demanded Rs 30 lakh for their wedding.

Sweta and Soumyajeet met in 2018 while working with an IT major in Bhubaneswar. “It was a one-sided love affair and Soumyajeet threatened to end his life if my sister did not reciprocate. This is how the relationship started. We came to know about it after one and a half years. The trouble started about a year ago,” the deceased’s brother said.

He also alleged that he was threatening to make photos of their intimate moments viral, for which she took the extreme step.

In the audio clip of the “last phone call” purportedly between Sweta and Soumyajeet, he allegedly uses filthy language and asks her to go away from his life. “Nehin rehna hai mujhe tere saath,” he can be heard saying.

Soumyajeet works in a private company in the capital city while Sweta was a Technology Analyst with Infosys.

Meanwhile, police have registered a case against Soumyajeet under IPC Section 306 (offence of abetment to suicide) on the basis of the complaint lodged by Sweta’s father.