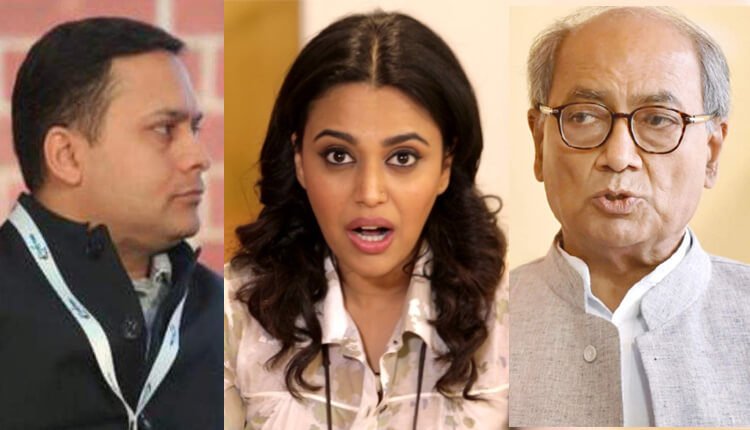 New Delhi: The National Commission for Women (NCW) has sent notices to BJP IT cell chief Amit Malviya, Congress leader Digvijaya Singh and actress Swara Bhasker for allegedly revealing the identity of the 19-year-old Dalit Hathras gang-rape victim on their Twitter handles and sought a clarification from them.

The NCW has also asked them to remove the tweets and to desist from sharing such information in the future.

Malviya had tweeted a 48-second video on Friday of the victim lying on the ground, where her face is clearly visible, and wrote, “Hathras victim’s interaction with a reporter outside AMU where she claimed there was an attempt to strangulate her neck. None of it is to take away from the atrocity of the crime but unfair to color it and demean the gravity of one heinous crime against another…”

In the notices served to Malviya, Singh, and Bhasker, NCW said it has come across several posts where the picture of the victim was circulated. “In view of the above, you are hereby required to provide a satisfactory explanation to the Commission on receipt of this notice and shall remove and refrain from transmission of such pictures/ videos on the social media as they are widely circulated by your follower which is prohibited by the existing law,” the notice read.

Provisions under the Indian Penal Code state that any person who reveals the identity of a person who is a victim of sexual assault or suspected to be one can face imprisonment for up to two years.

SSR Case: Rhea & Showik Chakraborty To be In Jail For Some More Time