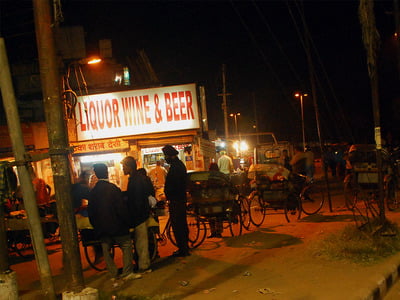 Cuttack: The Orissa High Court has issued a notice to the state government with regards to a petition seeking reopening of liquor shops in the Millennium City.

The court took up the hearing on the PIL filed by Prakash Kumar Routray and two other residents of the city in which they have sought a ruling on online and offline sale of liquor within Cuttack Municipal Corporation area, via video conference on Tuesday.

Directing the government for a response, the division bench of chief justice Mohammad Rafiq and justice S K Mishra posted the matter for hearing to Thursday.

Despite a go-ahead from the Centre on sale of liquor amid lockdown, the Odisha government is yet to issue any specific notification on reopening alcohol shops in the state.

On May 3, the CMC had allowed barber shops, saloons and spa, licensed liquor shops to resume business by observing the social distancing norms. These shops are allowed to remain open from 7 am to 6 pm.

Barabati-Cuttack MLA Mohammad Moquim, however, had staged a dharna in the city the following day, opposing the Excise Department’s proposal to open liquor shops during lockdown 3.0.

Odisha Teachers Who Staged Agitation At BSE Office To Get Show Cause; Face Action