This article is part of the author's column: By Grace of God 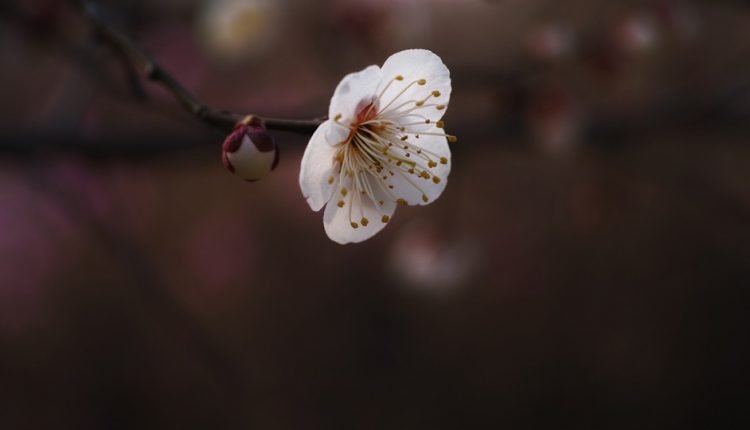 Kamala Thapa, eldest amongst four sisters from Darjeeling, came to Delhi in search of a job. She ended up as household help, got married and settled down. After the death of her parents, Kamala took upon herself the responsibility of her youngest sister, who was orthopedically handicapped, and brought her to Delhi. She knew it would be very difficult to find a suitable boy for her and was also apprehensive that a younger sister staying with her for all times to come will not be a feasible option. Therefore, she persuaded her husband to officially get married to her sister. To cut a long story short the marriage was solemnised and both the ladies stayed with their husband and daughter, Divya, in the outhouse of Bungalow No 37, New Motibagh, the quarters allotted to Dr Satya Mohanty, who was a Secretary in Government of India. In due course the younger wife was blessed with a son, Pratham. But as ill luck would have it, the husband expired after a brief illness leaving behind two widows, a young daughter and a baby to fend for themselves. Dr Mohanty arranged some temporary employment for Divya to tide over the immediate financial crisis. I knew Dr Mohanty from my school days; he was my senior in Ravenshaw Collegiate School, Cuttack. When I moved into the New Motibagh residential complex, Dr Mohanty was about to leave it after retirement. He strongly recommended Kamala to me as a dependable household help and she shifted with her family from the outhouse of Bungalow No 37 to that of Bungalow No 51.

She is one of the best persons I have ever come across in life; that she was an excellent cook is just incidental. She never ever complained about anything, never let anyone know what she had undergone in life. Neither did she beg for any help, nor let anyone know that she is burdened with a bed-ridden sister (who had in the meantime developed some ailments). My wife had to remain out of Delhi, on and off, due to her professional engagements. Therefore, she entrusted Kamala the management of our household affairs considering my total uselessness in these matters. In Delhi, I used to entertain a lot of guests and hosted friends over dinner and Kamala used to take care of everything. My job was just to give her money for the expenses. When we left New Motibagh on our return to Bhubaneswar, Dr Amar Patnaik, MP (Rajya Sabha), was too happy to accommodate Kamala and her family in his outhouse. (Amar is my brother-in-law and he stayed at our place in New Motibagh till he got a quarters and was fully aware of Kamala’s culinary skills and more so of her ability to run the household). Unfortunately, during the thick of the second wave of COVID-19 pandemic, Divya got hospitalised due to typhoid. Kamala had to shuttle between home and hospital. Her sister who remained mostly bed-ridden, developed bedsores, which got seriously infected and she ultimately succumbed mainly due to lack of medical attention. Amar could hardly do anything as he was stuck in Bhubaneswar due to the pandemic. She accepted our condolences with the grace of a matured and respectable lady. She, in fact, is personification of grace and elegance.

When we returned to Bhubaneswar after completing my tenure of central deputation in Dehradun in 1998, my younger daughter, Annie, was just one year old. We needed a household help who could also take care of Annie. Then came Babuli, a 25-year-old from a poor fisherman family, who had the smartness of a city-bred and educated person. He became an elder brother to both my daughters and was a permanent member of our family. He got married and stayed at our place with his wife and two children. To this day, he continues to be our man Friday; good at almost everything. He tried his luck at forest guard recruitment tests twice and failed on both occasions. Ironically, I was in overall charge of the recruitment process. Many tried to instigate him that had I wanted he could have easily got through, but he never held any grudge. I helped him purchase an auto-rickshaw and establish a grocery shop in my premises. He drives the auto-rickshaw and his wife runs the store. Their hands are full, but Babuli is still always available to us for anything and at any time.

When my wife became a fulltime professional singer, she remained very busy and travelled a lot. Then came Bihari Pradhan to run our kitchen. He worked in an office, but stayed in our outhouse with his wife and two sons. Besides being an excellent cook, he was extremely dependable, honest but still unassuming. He never had any complaints or any demands. My elder daughter, who is now in Germany, said: “One of the attractions of my coming to India is to eat food cooked by Bihari bhai.” My younger daughter always wondered, “Bihari bhai perhaps is capable of reading my mind and prepares food that I desire.” He also merged into my family. During my three-year term in Delhi as DG, Forests, he was in full control of our household in Bhubaneswar as my wife was shuttling between Delhi and Bhubaneswar and travelling for her programmes. He even entertained guests when both of us were not in Bhubaneswar. In September, 2020, most of us in my house got infected by the corona virus. Bihari, my wife and I were hospitalized, but Bihari never returned. I consider this to be one of the biggest shocks in our lives. Annie still rues him daily, “Bihari bhai was a member of my team.”

While most of us cry aloud to attract attention a few suppress it to avoid attracting attention. We are distinctly lucky to have been associated with such generous persons. I sometimes wonder: Is there a negative correlation between prosperity and magnanimity?