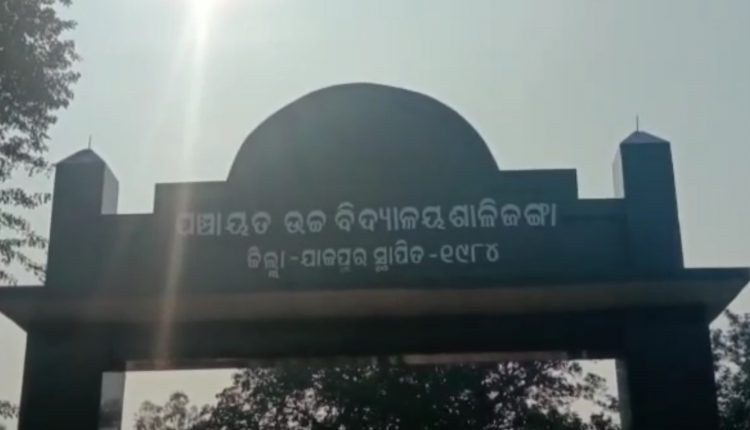 Jajpur: Even as the state government has formulated several schemes to promote school education among children, the teachers of a school in Odisha’s Jajpur district have been reportedly demanding money to issue Matriculation certificates. A video in this regard has gone viral in social media.

In the video, an assistant teacher of Panchayat High School at Salijanga under Danagadi block can be seen taking Rs 200 to issue the Matric certificate.

The headmaster can be heard saying, “No money, no certificate. If you want to avail certificates, submit Rs 200.” When asked by some parents, he said the money was meant for development of the school.

But the students pointed out that the school has been renovated under the government’s high school transformation programme as per the 5-T initiative.

Speaking to on the money for certificate, Sabyasachi Mahanta, a student said when he had gone to school to get his certificate, an assistant teacher demanded Rs 200 for the purpose. As he said he did not have the money, the certificate was not issued to him.

“I went back home and told my father about the money demanded by the schoolteacher. My father gave me the money but told me to get a receipt. The teacher issued the certificate but did not give the receipt on the plea that the headmaster was not present. When I insisted, he gave a receipt of 2020,” Sabyasachi said.

When contacted, the headmaster, Basant Barik said the money was collected from the students on the instruction of the school management committee. It would be used for school development, he added.

On the other hand, the district education officer said it was illegal on the part of school authorities to take money for issuing Matric certificate as there is no government provision for it. “We would look into the allegation and if anybody would be found involved in the unlawful act, would face official action,” he added.

When Mom Heard Her Son is Accident-Prone