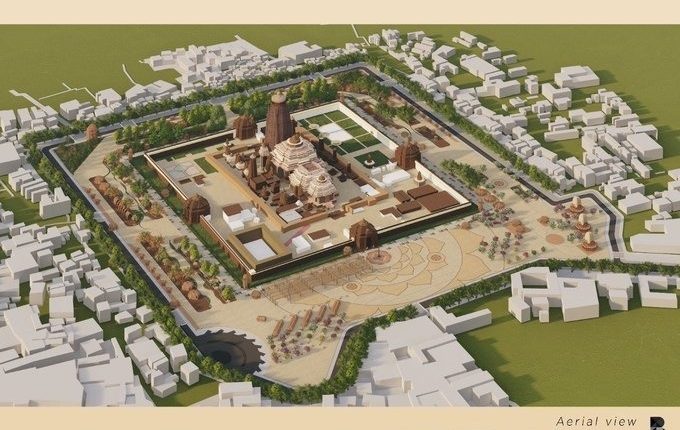 Bhubaneswar: The National Monuments Authority (NMA) has given a no objection certificate (NOC) for construction of the reception centre of the Shree Mandira Parikrama (Puri heritage corridor) project.

The most important component of the project, the reception centre will now come up in the regulated zone of the 12th-century shrine. Initially, it was proposed in the prohibited zone.

A ‘special agenda’ meeting was held under NMA Chairman Sachchidand Joshi in New Delhi recently, where it was recommended that the reception centre may come up in the regulated zone at a distance of 101.5 metres from the main temple with a height limit of 7.5 metres as a G+1 structure, the TNIE report said.

Originally, the reception centre was proposed over 7,917 sq metres as a G+2 structure.

According to the TNIE report, the Shree Jagannath Temple Administration (SJTA) wants to relocate the proposed effluent treatment plant from the prohibited zone to the regulated zone. The NMA asked it to submit a separate proposal to the competent authority, which is the Director of Culture Department, Odisha.

In September last year, the NMA had given NOC to construction of public amenities including cloakroom, mini cloakroom, shelter pavilion, toilets for men and women, a sevayat toilet, electrical room and pavement area, including a place to stand in queue for toilets and reaching the sanctum sanctorum. The NMA recommended the SJTA to construct an additional sevayat toilet and cloakroom on the western side of the temple in the prohibited area, the report said.

ETMs To Be Introduced In All Parking Lots In Odisha Capital