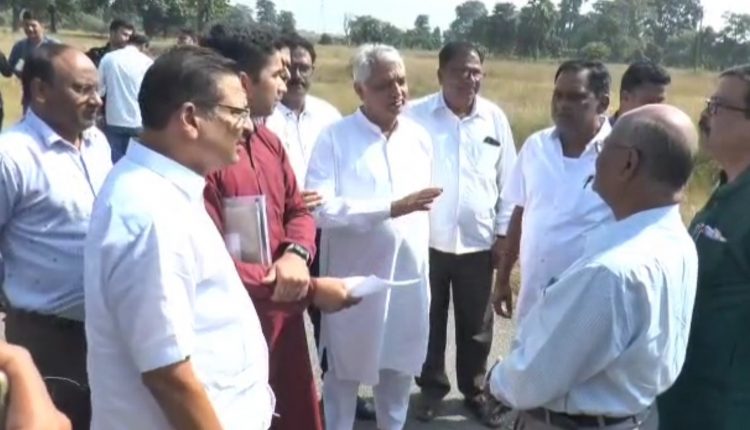 Sri Sri Ravi Shankar’s Art of Living had proposed to the state government to set up the medical college and the wellness centre in Jharsuguda. After Chief Minister Naveen Patnaik gave his approval to the project, a high-level team of district officials, members of  Art of Living and Minister Das visited Balijuri and Malimunda to verify the land.

Speaking to media persons at the spot, the minister said, “The Chief Minister has been stressing on health infrastructure in the state. I also have a dream to see a medical college in Jharsuguda. After the proposals of a heart hospital and cancer hospital in the district, Ravi Shankar expressed his willingness to set up the medical college and an Ayurvedic wellness centre. We have come to identify the land for both institutions.”

Stating that the government has already agreed to grant 25 acre land each for medical college and wellness centre, he said the patients can avail free medical services in the medical college as it would be run by Art of Living, a charitable institution.

Bargarh MP Suresh Pujari, who accompanied the team, said, “We plan convergence of the proposed heart hospital, heart hospital, medical college and wellness centre in one campus. It will not only benefit the people of Jharsuguda but also the patients of entire western Odisha.”

On the demand of Bargarh people for a medical college, the MP said, “The Central government has planned to set up medical college in each parliamentary constituency. Already medical colleges have been set up in 6 constituencies. The proposal for Bargarh is in the pipeline. When it will be taken up, we will try to be have a common campus catering to all health needs of the people.”

Hair Wash At Beauty Parlour Could Give You A Stroke; Find Out How?