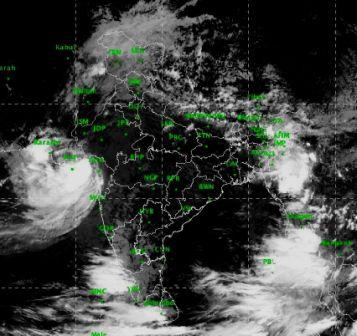 Bhubaneswar: Odisha will receive heavy rainfall in the next 48 hours, the India Meteorological Department (IMD) said on Saturday.

Bhubaneswar Met Centre official, Madan Mohan Das said barring moderate rainfall in some districts in north Odisha on Saturday, the weather in the remaining districts will remain dry for two days up to August 11 (Monday).

“There will be heavy rainfall in the 13 districts of Mayurbhanj, Keonjhar, Sundargarh, Sambalpur, Deogarh, Dhenkanal, Angul, Jajpur, Jagatsinghpur, Kendrapara, Puri, Khurda and Nayagarh in the next 48 hours from August 12 under the influence of a fresh low-pressure area, which is most likely to form over the north-west Bay of Bengal,” Das said.