Heavy Rain To Lash Odisha In Next 72 Hours 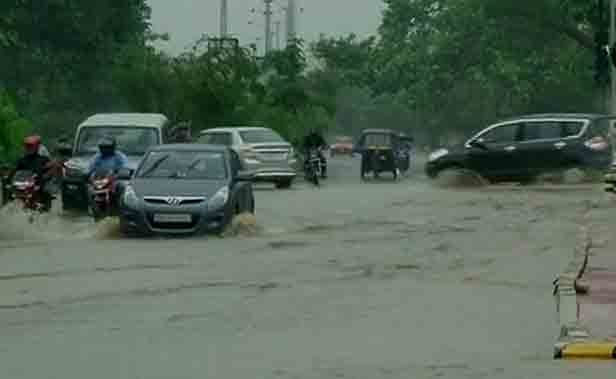 Bhubaneswar: Rainfall activity in Odisha will increase in the next 72 hours, said the India Meteorological Department (IMD) in a release on Monday.

“A trough at mean sea level close to the foothills of the Himalayas runs from Punjab to Nagaland across Haryana, north Uttar Pradesh, north Bihar and sub-Himalayan West Bengal, while the other branch of the trough from north-east Bihar to north-east Bay of Bengal has become less marked. Besides, a cyclonic circulation is most likely form over the Bay of Bengal in the next 24 hours by the evening on July 17. Under its influence, heavy rainfall will occur in most parts of south and coastal districts from July 18 and continue till July 21,” the release added.

Meanwhile, the IMD has issued a three-day yellow warning in the eight districts of Balasore, Bhadrak, Mayurbhanj, Kalahandi, Kandhamal, Koraput, Gajapati and Ganjam where heavy rainfall will occur at some places for three days from July 19.

The release also said that thunderstorm with lightning is very likely to occur at one or two places over the districts of Balangir, Sonepur, Angul, Dhenkanal, Cuttack, Jajpur, Bhadrak, Mayurbhanj, Khurda, Puri and Keonjhar on Monday.

Law & Order: But Disorder In Odisha House Over Opposition Demand