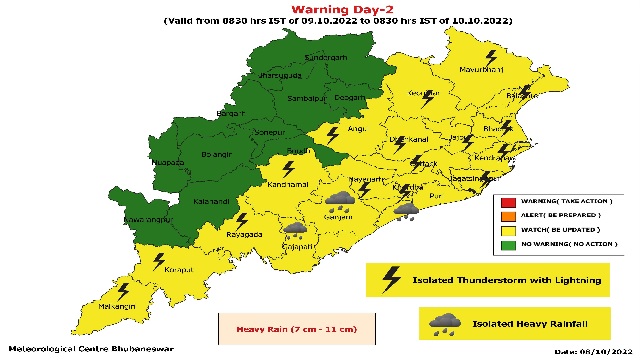 Bhubaneswar: After a wet Dussehra, the weather is set to dampen Kumar Purnima festivities with heavy rainfall likely to lash parts of Odisha on Sunday, the regional centre of India Meteorological Department (IMD) informed on Saturday.

According to its midday bulletin, a yellow warning for heavy rainfall has been sounded in Gajapati, Ganjam and Puri districts on October 9.

No warning has been issued for the next three days till October 12. However, light to moderate rain/thundershower is very likely to occur in many places over several districts. 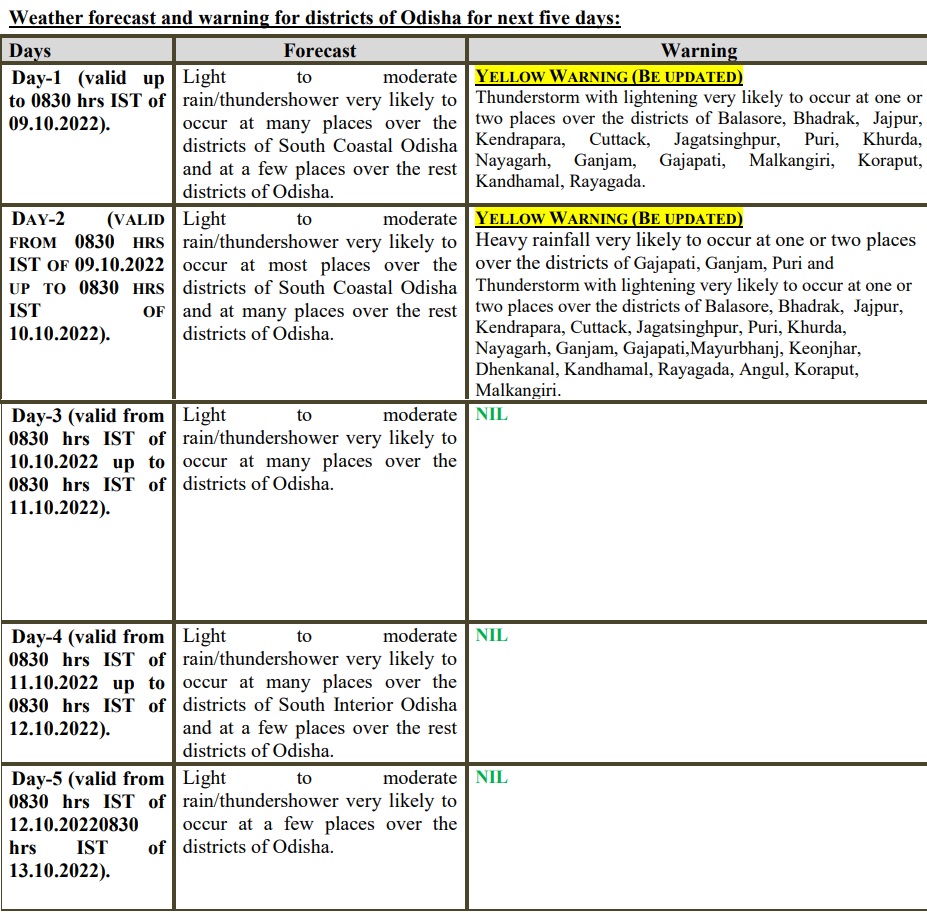