Heavy Rainfall In 4 Odisha Districts In Next 24 Hours 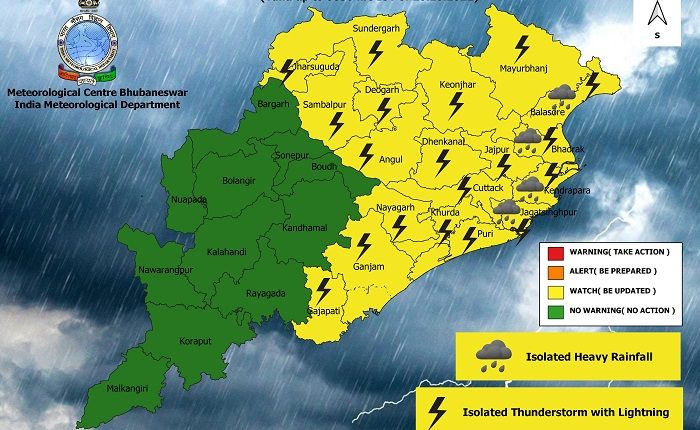 Bhubaneswar: The regional centre of India Meteorological Centre has warned of heavy rainfall and thunderstorm with lightning in several districts of Odisha in the next 24 hours.

The Met Centre has issued yellow warning four districts and thunderstorm with lightning for 19 districts.

Heavy rainfall is very likely to occur at one or two places over the districts of Balasore, Bhadrak, Kendrapada and Jagatsinghpur during the next 24 hours.