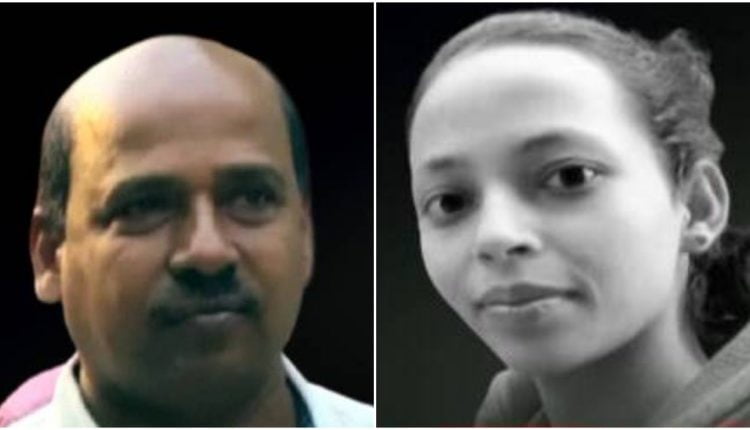 The posters declaring Sahu as ‘most wanted’ have been pasted in the town, Sindhekela and Titlagarh of the district. The police, who had announced a cash reward of Rs 20,000 for sharing information on Sahu has hiked the amount to Rs 1 lakh.

Anybody, who has information that can lead to trace absconding Sahu, has been requested to contact Balangir SP on his mobile phone number printed on the poster.

Sahu was detained in Titlagarh police barrack in Balangir district, after he was accused of kidnapping a teacher of his school Mamita Meher in the FIR filed by the latter’s  brother at Sindhekela police station. Sahu had escaped from the barrack on the plea of going to clean his hands on Sunday.

The police have launched a manhunt to nab Sahu and put up blockades at all entry and exit points in Titlagarh town. They have seized the car reportedly registered in the name of Sahu in Sindhekela.

Meanwhile, the police have found a body buried in the ground of the school stadium while digging it up on suspicion that Mamita was killed and buried there. While the body is yet to be identified, it has been sent to a laboratory for DNA testing, police sources said.

The schoolteacher was allegedly abducted in a car from Chandatora Chhak in Balangir on October 8 morning near her village Jharani under Tureikela police limits.

Heavy Rainfall In 4 Odisha Districts In Next 24 Hours