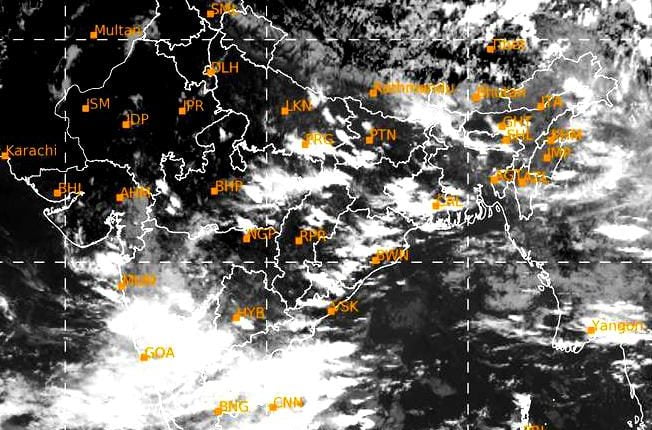 Bhubaneswar: Barring a few places, heavy rainfall is most likely to elude rest of Odisha till the first week of July, the India Meteorological Department (IMD) said on Sunday.

According to an IMD bulletin, there will be heavy rainfall at one or two places in the south and north coastal districts under the influence of a trough running from northwest Uttar Pradesh to northwest Bay of Bengal across East Uttar Pradesh, south Jharkhand and north Odisha and two cyclonic circulations over Chhattisgarh and neighbourhood and over coastal Andhra  Pradesh and neighbourhood.

However, there will be no continuous rainfall across the state, the bulletin added.

“As the southwest monsoon over Odisha and adjoining north Bay of Bengal has become weak, the state is most likely to witness a weak monsoon spell till the first week of July,” the IMD pointed out. 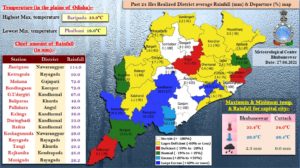 Referring to the district average rainfall in the state in the last 24 hours, IMD said there has been large deficient rainfall (-60% or less) in the 13 districts of Kalahandi, Balangir, Sonepur, Bargarh, Jharsuguda, Sundargarh, Keonjhar, Mayurbhanj, Balasore, Jajpur, Dhenkanal, Cuttack and Puri. Angul, Kendrapada and Malkangiri districts have received -59% to -20% deficient rainfall.