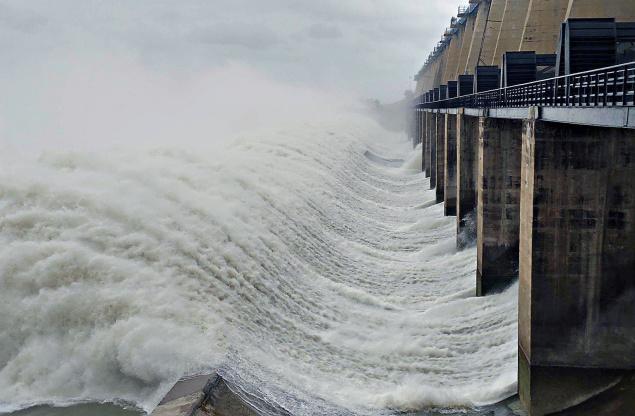 In Koraput, the authorities opened four gates of Machhkund dam and three gates of Jalaput dam at Lamtaput as Machhkund river was flowing in spate. The inflow and outflow of waters from these two dams at 9 am was recorded at 23,000 cusecs and 12,000 cusecs per second.

With the rise of water level of the Indravati river in Nabarangpur district, the authorities opened two gates each of the Indravati dam and Muran dam. By 9 am, the inflow and outflow of waters from these two dams were 824 cusecs and 828 cusecs per second.

In Sambalpur, the Hirakud dam authorities opened two more gates on Friday to release waters of Mahanadi river. The water level of the dam at 9 am was recorded at 625.62 feet (optimum level 630 feet). While the inflow of waters to the dam was 1,32,146 cusecs per second, the outflow from 12 gates was 2,17,737 cusecs per second.