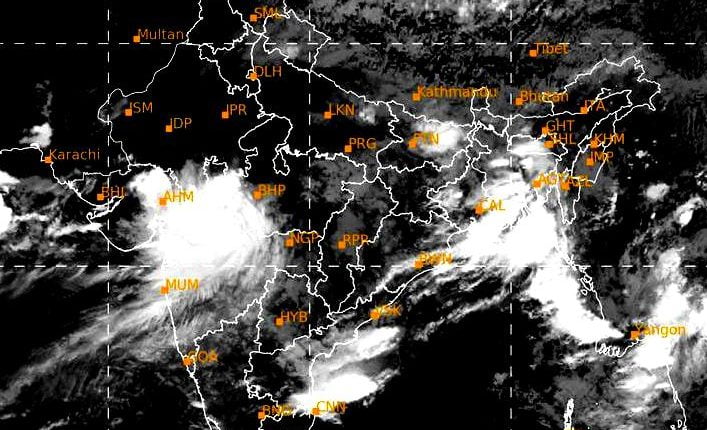 Bhubaneswar: Odisha will receive heavy rainfall for three days under the influence of a low pressure formation over the north-west Bay of Bengal, the Meteorological Centre, Bhubaneswar said on Saturday.

“The rainfall will increase from August 24 and continue for three days till August 26,” senior meteorologist at the Centre, Uma Shankar Das said.

“In the first phase, there will be heavy to very heavy rainfall in the coastal and northern districts and the remaining districts in the next phase. Going by the modular study, the impact of the low pressure will be on about a 1000 km radius,” Das added.

In view of the heavy rainfall, fishermen are advised not to venture into the deep sea along and off the Odisha coast and north-west Bay of Bengal between August 23 and 26. Besides, squally weather and strong surface wing reaching 45-55 kmph will make the sea condition very rough.

Stating that the there has been only 1% average deficit rainfall in the state from June 1 to August 21 due to successive low pressures, Das said Malkangiri district has received 57% more rainfall during the period.