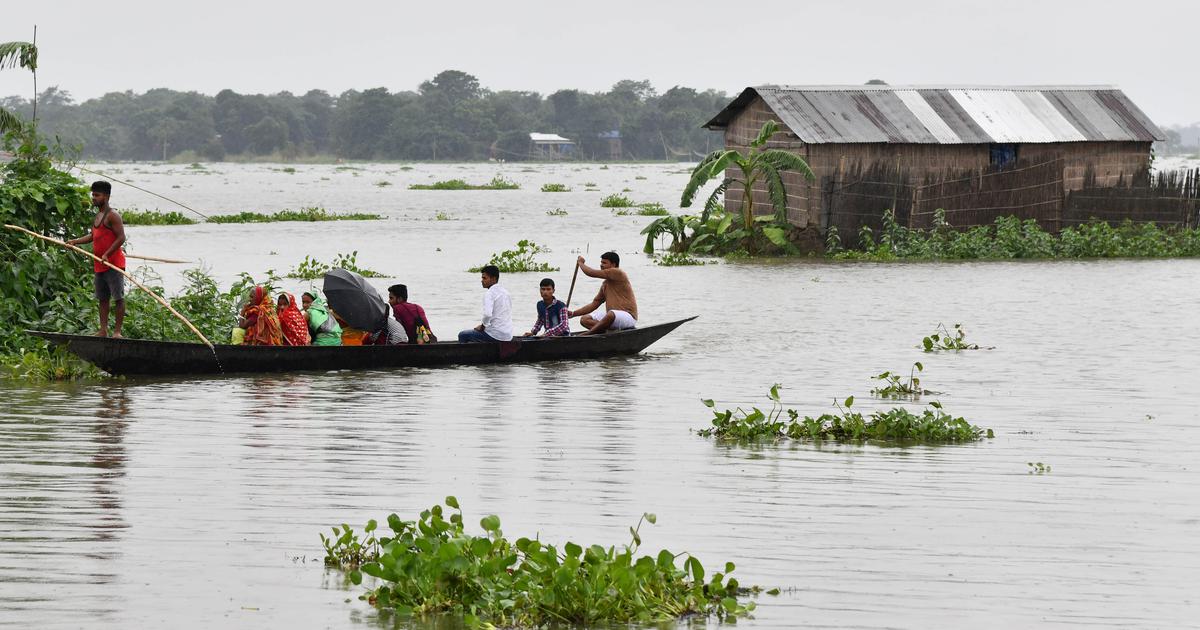 Heavy monsoon rains in Assam displaced more than a million people from their homes and flash floods killed at least 10 in the past 72 hours, state authorities said on Saturday, warning the situation could worsen in coming days.

The Brahmaputra River, which flows from the Himalayas into India and then through Bangladesh, has burst its banks, swamping more than 1,800 villages in the state, news agency Reuters reported.

“10 people have died in separate incidents of drowning in the past three days and more than one million people (have been) affected, with the flood situation turning grave,” a state government flood bulletin said.

Torrential rains have affected at least 25 of Assam’s 32 districts and the government said water levels in the Brahmaputra were expected to rise, with more rains forecast over the next three days.

People in the state were also at threat from Japanese encephalitis, a mosquito-borne viral infection, government officials said. More than 160 people have been killed since January by the infection.

Also on Saturday, the Central met to review flooding across different parts of the country, and emergency teams had rescued 750 people in Assam and nearby Bihar, where the Kosi River had risen above the danger mark.

Sidhu Steps Down As Punjab Minister

15 Students Land In Hospital After ‘Beating’ By Teacher In Cuttack