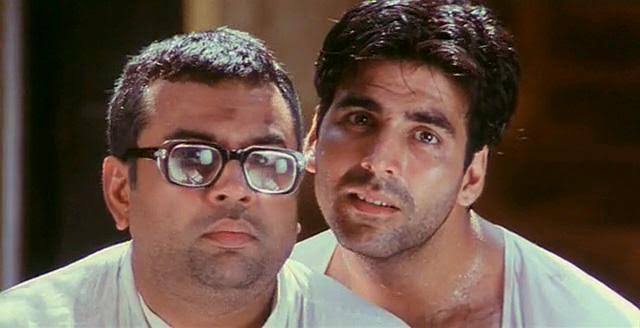 New Delhi: Hera Pheri 1 and 2 continue to raise laughter even years after they were released. People are still not tired of watching them again and again and rolling over on their couches. Both the dialogues and jokes of the film and its sequel are iconic and a part of everyday life.

Several fans took to Twitter and expressed their disappointment and anger. “He has been part of my life since the childhood, can’t even remember how many times I watched Hera pheri, recreated that Iconic Raju Pose but it’s painful to imagine someone else playing the role and we can’t see him again,” a fan tweeted. “Can’t imagine anyone replacing Akshay Kumar as raju. He literally made the Raju character iconic,” added another.

Earlier in the day, it was reported that producer Firoz Nadiadwala held multiple rounds of discussions at Akshay Kumar’s office to discuss the possibility of reviving three comedy franchises – Hera Pheri, Welcome, and Awara Pagal Deewana. However, a source told Pinkvilla said that the talks have fizzled out, as Akshay Kumar was not convinced about the quality and vision of the sequel concepts.

“Akshay Kumar is well aware of his fans’ expectations of him in these comedy franchises. He refused to compromise on the quality of these scripts, as attempts to remake these sequels without proper thought and with other actors have already failed in the past,” said the source.

We can’t let them ruin our Childhood favourite character!!

NO AKSHAY NO HERA PHERI3 pic.twitter.com/bfdFxsQAoD

This is not just a movie,
It’s a emotion for us.

NO AKSHAY NO HERA PHERI3 pic.twitter.com/e7WDmYK1Ih

As a neutral just wanna say this movie is an emotion and without Akki HP3 is nothing. We want that same cast back.

NO AKSHAY NO HERA PHERI3 pic.twitter.com/1Xgyhbz7nS

If Paresh Rawal is A Heart of Hera Pheri series then #AkshayKumar is the soul. Without Akshay #HeraPheri3 will be like a dead body without soul.

NO AKSHAY NO HERA PHERI3 pic.twitter.com/QT1D2p4Ojs

This is not just a movie,they are not just characters, they are emotions since the childhood……
This should not be ruined

NO AKSHAY NO HERA PHERI3 pic.twitter.com/O8xJcGYAHm