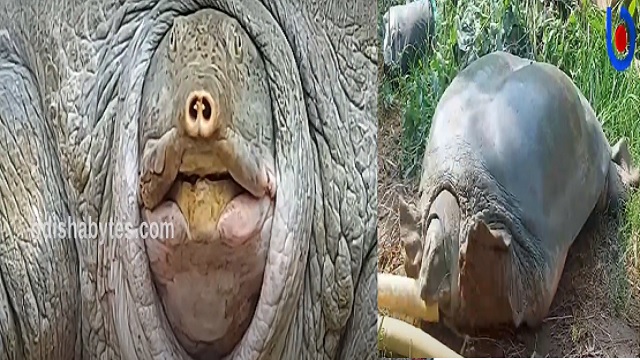 Jajpur: A rare turtle weighing about 40 kg was rescued at Gopakul village in Odisha’s Jajpur district.

According to sources, one Benudhar Jena was fishing in the Baitarani river at around 5 PM on Friday when the turtle was trapped in the net. Jena took the turtle with him.

On being informed, a joint team of Snake helpline member Pramod Kumar Sahu along with Mangalpur Police, led by IIC Sahu, accompanied Mohapatra to the spot and rescued the turtle. They handed it over to the forest officials.

After a thorough investigation, the turtle was sent to Nandankanan Zoological Park in Bhubaneswar at the direction of Cuttack Forest Division Officer.

“The turtle was trapped in Baitarani river and was kept in the forest division office. It was later sent to Nandankanan zoo for better treatment,” said a forest official