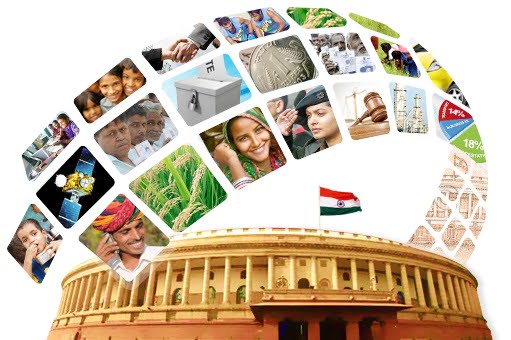 The exit polls had correctly predicted a landslide for the ruling BJP at the Centre. Yet a large section of the populace dismissed it, as none could read the strong undercurrent for Modi.

The outcome of the election itself has come as a big shock for the vast majority. But here are the 10 big shocks that the election results have handed out.

Smriti Irani of BJP has emerged as the giant slayer in this election, defeating the Congress in its citadel of Amethi by trouncing party president Rahul Gandhi. In 2014, too, she had contested from this seat but failed to win the popular mandate.

One of the most controversial candidates in this election, Pragya Thakur defeated Digvijaya Singh from Bhopal. Many had felt she would lose the elections, given her rabid Hindutva approach and remarks against Hemant Karkare, but she proved all wrong.

3. The colossal failure of the SP-BSP alliance in Uttar Pradesh:

When BSP chief Mayawati forged an alliance with rival Samajwadi Party, even the die-hard BJP supporter had conceded defeat beforehand. But the alliance came a cropper while the BJP swept the state winning 62 seats, 10 seats less than the last time.

Arvind Kejriwal’s party drew a blank in the seven Lok Sabha seats in Delhi even though it had trounced the saffron party in the Assembly polls. Kejriwal had sensed the outcome and had time and again reached out to the Congress but in vain.

That the BJP could win as many as 18 seats in Bengal came as a huge shock for voters in the state itself, leave alone TMC chief Mamata Banerjee or for that matter pollsters. The saffron wave was noticeable but in the end it turned out to be a tsunami of sorts.

In 2018, Congress unseated the ruling BJP government in Madhya Pradesh, Chhattisgarh and Rajasthan, and was expected to do an encore in the Lok Sabha elections. But voters poured water into their desires. The BJP’s strike rate in the Hindi heartland states was 99 per cent.

7. No seat for Chandrababu Naidu:

Andhra Pradesh Chief Minister Chandrababu Naidu spent most of this time calling on Opposition party leaders to stitch a non-BJP alliance at the Centre without realising that the ground below his feet was beginning to slip in his own home state. In the end, he failed to win a single seat in either Andhra Pradesh or Telangana.

Former Prime Minister of India and JD(S) chief H D Deve Gowda lost from his constituency of Tumkur by 20,000 votes to the BJP’s G.S. Basavaraj. His son and state chief minister H D Kumaraswamy is staring at an uncertain future. The alliance with the Congress could crumble any time now.

9. The complete decimation of the Left from India’s political landscape:

In 2004, the Left parties together won as many as 60 seats in Lok Sabha. Today, it is fighting an existential crisis. The Left combine has failed to win a single seat in any of the states. Even in its traditional stronghold of Bengal and Tripura, it has drawn a blank.

The unprecedented mandate which the voters gave to political greenhorns such as actors Mimi Chakraborty in the prestigious Jadavpur Lok Sabha constituency in Kolkata and to Nusrat Jahan from Basirhat parliamentary constituency in Bengal has come as a big surprise to many. While Mimi won the election by a margin of 2.9 lakh votes, Nusrat defeated her nearest rival by over 3.50 lakh votes.