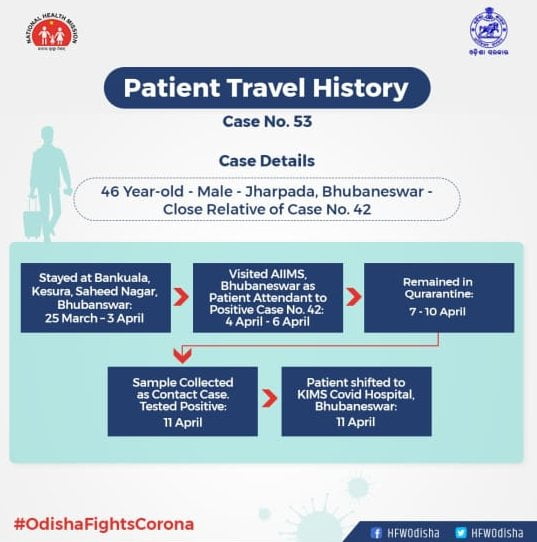 Bhubaneswar: The Odisha government on Sunday revealed the travel history of a 46-year-old man of Jharpada in Bhubaneswar. He had tested positive for novel coronavirus on April 11.

He is a close relative of the 72-year-old man, the lone corona casualty in Odisha who had died at AIIMS-Bhubaneswar on April 6. He was with him at AIIMS as patient attendant between April 4 and April 6.

He was at his residence at Bankuala, Kesura, in Saheed Nagar from March 25 to April 3.

He remained in quarantine from April 7-10 after the swab samples of the 72-year-old man tested positive for the virus.

The 46-year-old has been admitted to KIMS COVID Hospital.