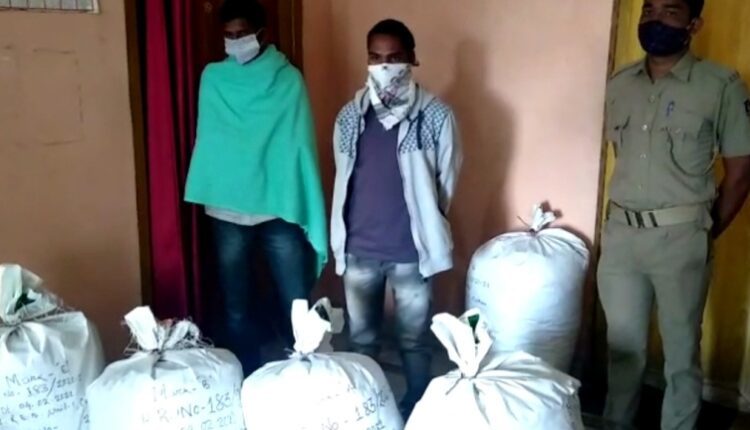 New Delhi: Narcotics Control Bureau (NCB) data has shown some startling revelations, including the fact that India’s largest drug seizure of 3,004 kilograms of heroin from Gujarat’s Mundra airport could be just the tip of the iceberg, a quantum of the drugs is sold even before law enforcement agencies get wind about it and heroin is readily available for the youth.

Recent government data shows that a sizable amount of the drug has already been pumped into the country. It shows that almost every hour Indian agencies or local police seize heroin and register a case against its smugglers.

According to Narcotics Control Bureau (NCB), various agencies, including state police, Excise, customs etc. have seized 2,865 kilograms of heroin and 4,101 cases have been registered in the January-July period this year, News18 reported.

This is just the provisional data and once real numbers come in from states, this figure is bound to go up, the report added.

Officials estimate that the seized quantum of drugs is just one part of which gets pumped into the system and most of it actually gets sold even before police and other agencies act against the menace.

Pandemic did not matter

Rather, this year, the seized quantum of drugs is substantially higher than the seizure made during the same period last year, says data.

In 2020, a total of 3835 kgs of heroin was seized from across the country by all law enforcement agencies. Last year, a total of 9,112 cases were registered against heroin smugglers and peddlers.

Heroin is a popular drug

“There is no place where these smugglers don’t sell drugs, heroin is an expensive drug but easily available. During the investigation, we have found that youth with the age of 15 to 30 are the target buyers and consume drugs. It includes college and school going students as well,” a senior NCB official told News 18.

Data say that there is also a rise in the seizure of heroin in India. In 2019, a total of 3,231 kgs of heroin were seized, which saw a jump of more than 15% in seizures next year.

Investigators claimed that the total quantity of all types of drugs seized by law enforcement agencies this year till July is more than 3,07,800 kilograms.

Disposal is a challenge

After seizing drugs, all law enforcement agencies with due permission dispose of drugs. But this year, there is hardly any disposal of drugs in comparison to last year.

“The process of disposing of drugs is very time-consuming. Permissions from the court are required in the process and after getting it, agencies can dispose of seized drugs. Sometimes courts give special permission as well,” News18 quoted a senior official as claiming.

Role of the state police

State police forces are playing the most important role in curbing the drug menace. According to the data of NCB, maximum seizures have been done by state police and the highest number of cases have been registered by stares only.

Even central government agencies are said to rely on state police. “States police are like backbone in curbing drugs menace. They have an excellent ground network and help us in tracking ground workers. Data says that this year till July, States police seized 1, 981 kilograms of Heroin out of total 2,865 kgs heroin seized by all agencies,” the report added.