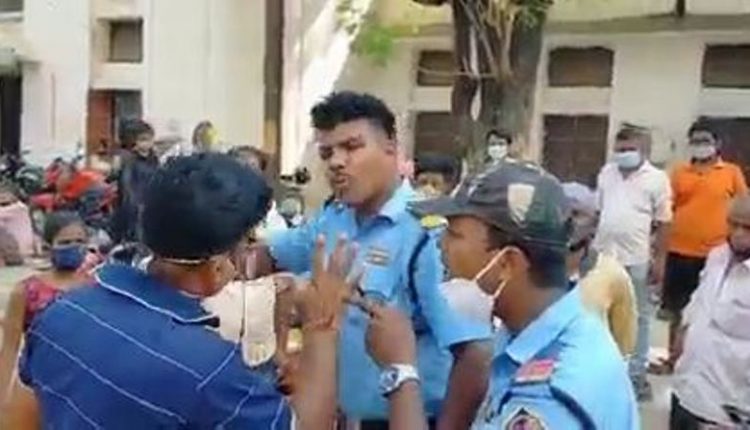 Cuttack: Thousands of patients and their relatives who visit the SCB Medical College and Hospital here have complained to the authorities that the highhanded security guards posted by the authorities at the state’s premier hospital have become a menace for them.

The guards are accused of manhandling the patients and their escorts frequently. Ranjan Kumar Sahu, a social activist who went to the hospital on October 5 to admit a patient, is alleged to have been roughed up by five security personnel. The guards are also accused of heckling the relatives for questioning their audacity.

The incident, which is doing rounds on social media circles, has panicked poor and illiterate villagers visiting the SCB with various ailments. Meanwhile, the Odisha unit of International Human Rights Council has submitted a petition to SCB medical superintendent in this connection.

Sasmita Das, president of the Council, said a Talcher patient had come to the Trauma ward of SCB where he was referred to another ward. In the absence of battery-operated vehicles, the relatives hired an auto-rickshaw from outside when five security personnel pounced upon the social activist, hailling from Choudwar, and the patient’s son.

A complaint has been filed with Mangalabag police station in this connection. On being asked about the incident, SCB medical superintendent Lucy Das sought to maintain a stoic silence.