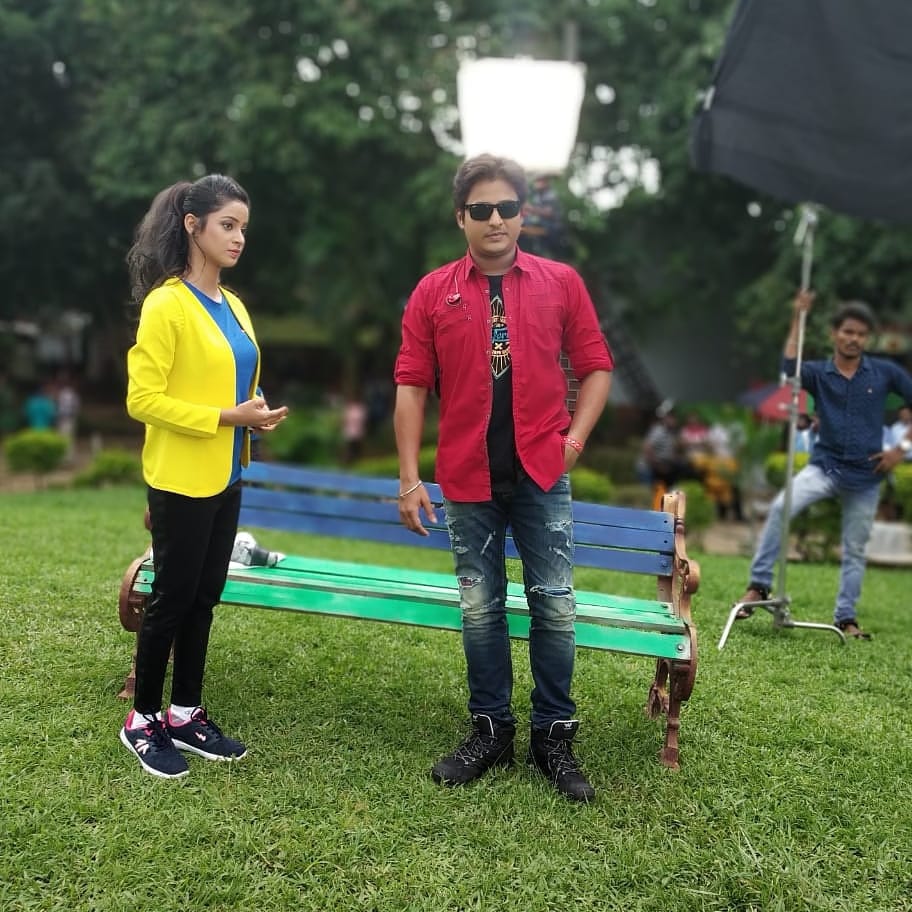 Bhubaneswar: Babushan and Bhoomika will be seen together once again, after a gap of one year, in the upcoming ‘Srimaan Surdas’. Produced under the banner of Tarang Cine productions, the film directed by Ashok Pati will hit theatres during Durga Puja.

“Babushan is playing the role of a visually-impaired melody party anchor and Bhoomika, a dancer. The duo had entertained in ‘Hero No 1’ released during the last Durga Puja. The audience loved their chemistry and wanted to see them together again. I feel they are just perfect for the storyline,” said Pati.

Being visually impaired was not an impediment for poet and singer Surdas. Accordingly, in the film, Babushan overcomes his visual disability with his talent of singing and anchoring.  “Keeping the festive mood in mind, the film has every bit of entertainment including romance, drama and comedy,” said the director, who believes healthy competition among filmmakers can bring out good work.

The film’s music has been scored by Abhijit Majumdar, while the dialogues are by Ranjit Patnaik. The rest of the cast includes Buddhaditya Mohanty, Aparajita and Mihir Das.