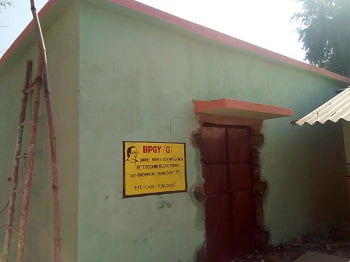 Share
Bhubaneswar: The state BJP on Monday came down heavily on the Odisha government for providing wrong information that it has constructed 17 lakh pucca houses under the Biju Pucca Ghar Yojana (BPGY) in the last four years.
The tall claim of the government was exposed after Panchayati Raj secretary Deoranjan Kumar Singh told the media that the state government has constructed 18.90 lakh pucca houses under the Indira Awas Yojana (IAY), Pradhan Mantri Awas Yojana (PMAY) and BPGY.

When questioned about the state government’s claim about constructing 17 lakh houses under BPGY, he said “Please don’t ask me about this. I don’t want to give any statement”.

“This BJD government is a government of lies. We have been telling the media that the claim of this government on the number of pucca houses it has constructed under the BPGY is utterly false and misleading which has come true with the statement of the Panchayati Raj secretary today,” BJP spokesperson Golakh Mohapatra told mediapersons here.

The BJD, on the other hand, has refuted the charge.

“The government has planned to construct 7 lakh pucca houses in 60 days this year with new technology for which it signed a MoU with the Roorkee-based Central Building Research Institute (CBRI), a constituent establishment of Council of Scientific and Industrial Research (CSIR) on Monday for construction of these houses in the hilly and tribal areas in the state,” chief secretary Aditya Prasad Padhi told mediapersons here.