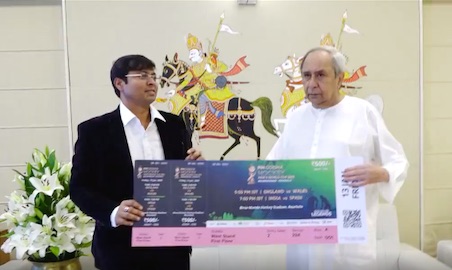 Odisha is hosting the quadrennial world championship for the second consecutive time and matches will be played in two venues – Kalinga Stadium (Bhubaneswar) and Birsa Munda Stadium (Rourkela) – in the state from January 13 to 29.

Sixteen teams will participate in the prestigious world tournament. While 24 matches will be played in Bhubaneswar and another 20 in Rourkela. The laying of the astroturf and installation of floodlights have been completed in both stadiums.

The airport and stadium in Rourkela are in their last stages of development and are likely to be completed by this month-end.

To make the tournament memorable, the Odisha government has lined up several mega sporting and cultural events across the state, including the hosting cities of Bhubaneswar and Rourkela, which are undergoing a major facelift.

Mo Bus services are being strengthened by adding more buses in Bhubaneswar. The service is also being launched in Rourkela.