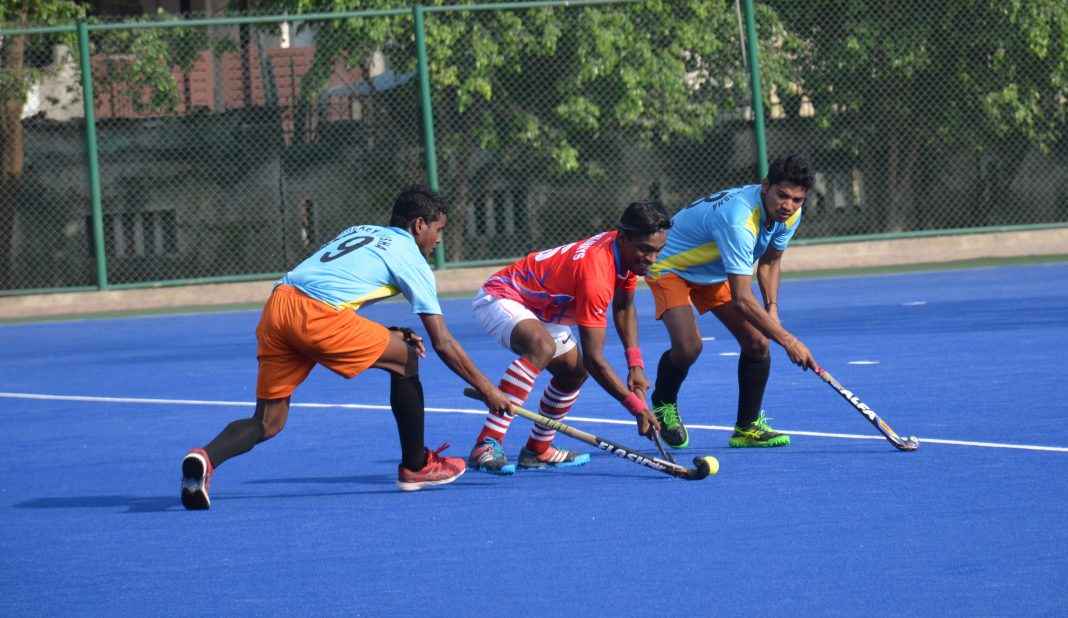 Lucknow: The two hockey teams from Odisha, Hockey Gangpur and Hockey Odisha started their senior national campaign with losses in Lucknow on Thursday.

Air India Sports Promotion Board register a comfortable 2-0 victory over Hockey Gangpur-Odisha, courtesy Mohd Faraz in the 5th minute and Mohd Umar in the 52nd minute.

Hockey Odisha on the other hand were defeated by defending champions Railway Sports Promotion Board 1-9.

The Board took a four-goal advantage within the first 40 minutes to showcase their quality. Hockey Odisha pulled a goal back in the 45th minute through Nilam Sanjeep Xess. However, Railway Sports Promotion Board kept attacking their opposition and won the match by a huge margin of 9-1 as they scored five times in the last quarter. Goals from Railway Sports Promotion Board were scored by Ajmer Singh (40′, 57′, 59′), Karanpal Singh (2′), Raju Pal (34′), Malak Singh (39′), Rajin Kandulna (48′), Sheshe Gowda (49′) and Kusha Gowda (51′).