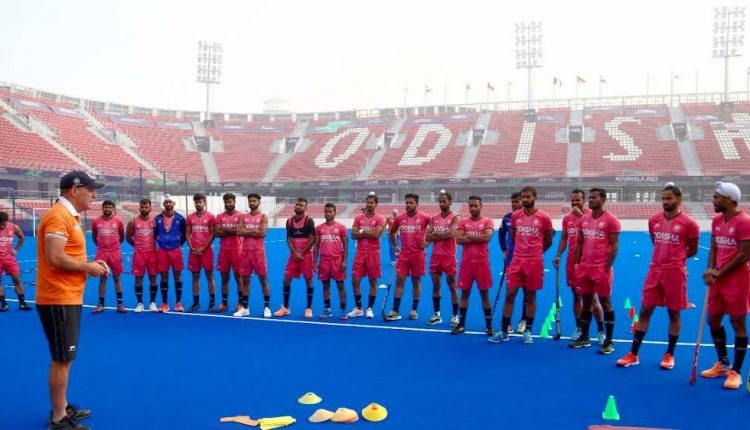 Bhubaneswar: After a hard-fought draw against England, Team India will lock horns with Wales in their third and final group league match at the FIH Men’s Hockey World Cup 2023 at Kalinga Stadium in Odisha capital at 7 pm on Thursday.

The hosts had begun their World Cup campaign with a 2-0 win over Spain.

Team India have been training hard for this crucial encounter, eyeing a big win against Wales, a relatively easier opponent, to top Pool D and a guaranteed place in the quarterfinal. Both England and Spain defeated Wales — by big margins of 5-0 and 5-1, respectively.

India are currently second in Pool D with four points. For a straightway entry to the quarters, the hosts have to achieve a higher goal difference than England if both teams are tied on points. Having played both Spain and England, the Men in Blue will know exactly what they need to do to top the group. Currently, India have a goal difference of +2 while that of England is +5.

The other advantage India have is that England will play against Spain before India’s match. So, Graham Reid’s boys would know the minimum number of goals they need to score to make it to the top spot.

If India lose or finish with a lesser goal difference than England, they would then have to play crossover match to qualify for the quarters.

The match would be broadcast on the Sports Select 2 SC and HD channels and streamed live on Disney+ Hotstar and watch.hockey apps and websites.