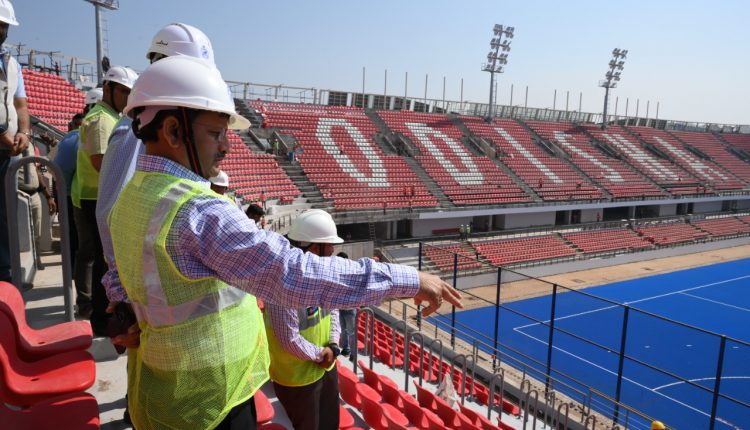 Rourkela: As the month of FIH Men’s Hockey World Cup has already begun, Odisha Chief Secretary Suresh Chandra Mahapatra on Sunday informed that all the matches will be played before full capacity crowd at Birsa Munda International Hockey Stadium in Rourkela.

Mahapatra said that apart from Bhubaneswar, all necessary arrangements have been made for the players and officials of the teams in Rourkela. Their accommodation facility has been made by hotel Taj Group.

Besides, all present at the Rourkela stadium will be provided ‘drinking water from air’. Watergen, the atmospheric drinking water devices (AWG) had announced its partnership with Hockey India as a sustainability partner for providing fresh, high quality, mineralised and safe drinking water created from ambient air at the two venues, where matches will be played from January 13 to 29, 2023, free of cost.

The company will instal its various products including GEN-L which would produce upto 6000 litre of water, GEN-M Pro with 900-litre capacity and GENNY which can produce upto 30 litre for use of the spectators in galleries as well as VIP lounge and office areas. Together, these machines are estimated to generate over 2 lakh litre of water in a day, an IANS report said.

A Case For Professional Politicians