Hockey World Cup: ‘Sold Out’, ‘You Are Now In Line’ Glitches In Ticket Booking 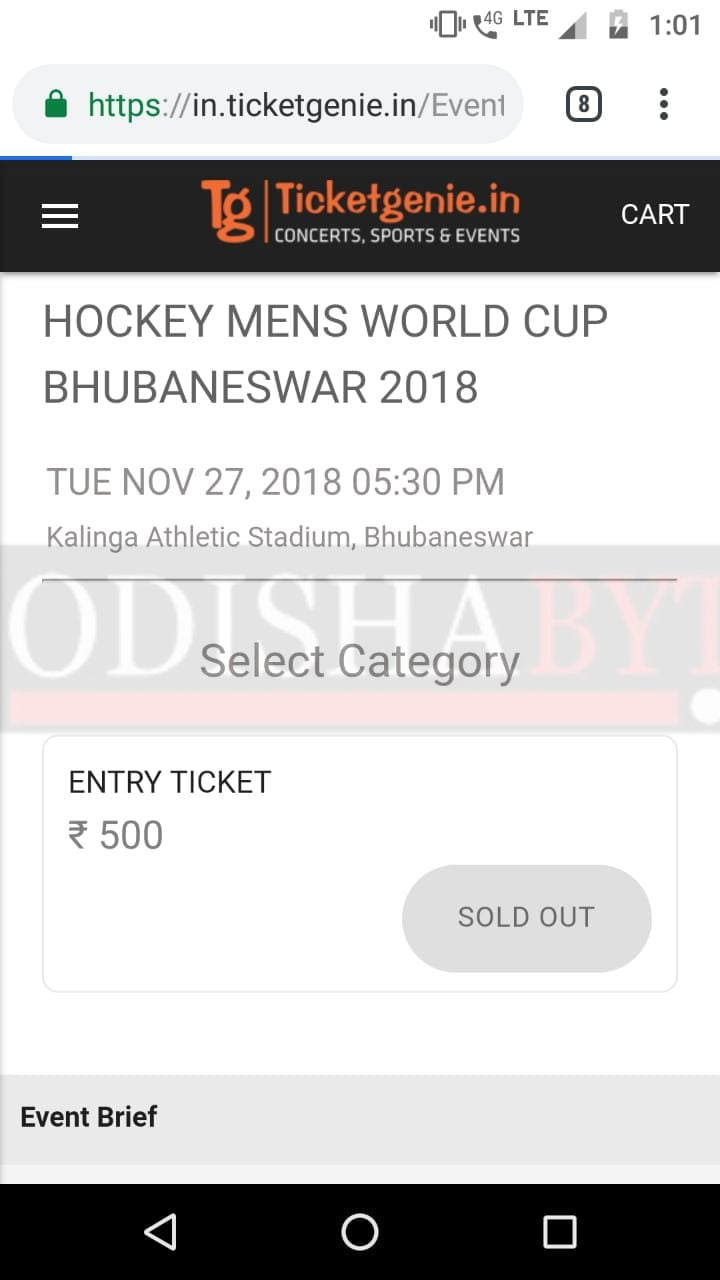 Bhubaneswar: As soon as the site went live for the opening ceremony’s online ticket booking, users reported that it crashed and many were unable to access the booking page.

While some users have reported a ‘Sold Out’ response from the site, others found themselves waiting in line to access the site.

Hockey India has acknowledged the slowdown and attributed it to the ‘overwhelming response’ from fans.

Your overwhelming response to purchase online tickets for the Opening Ceremony & the World Cup celebration events of the OHMWC Bhubaneswar 2018 from https://t.co/tF39u7KBRD has led to the slowing down of the website. #IndiaKaGame #HWC2018 #HWC2018OpeningCeremony

They also said that the site will be restored soon.

Asked about the issue, joint secretary, Sports and Youth Affairs, Manoj Kumar Padhi said the FIH had clarified that the web portal through which the tickets would be available, was down for while and efforts were on to restore it at the earliest.

Stating that sufficient tickets were available online, he said his department would speak to the FIH about the glitch in the portal.

He, however, made it clear that his department had no role in the sale of online tickets as the FIH had taken that responsibility.

Poacher Shot At In Mayurbhanj Forest