House Concerned Over Slash In Central Assistance To Odisha 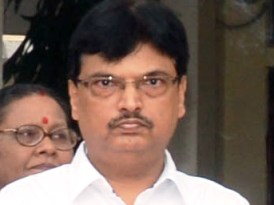 Bhubaneswar: The Odisha Assembly on Monday expressed concern over the drastic reduction of central assistance to the state.

Informing the House during the question hour, Finance minister Niranjan Pujari said that the Centre has provided less financial assistance to Odisha and other states by the recommendation of the 14th Finance Commission.

The Centre, in the last five years, had approved Rs 1.84 lakh crore financial assistance to Odisha. The state has so far received Rs 1.66 lakh crore, which is Rs 17,299 crore less than the approved amount.

Stating that the Odisha government has been receiving the Rs 1854 crore less annual central assistance, Pujari said the Centre has started providing the financial assistance at 60:40 ratio for implementation of most of the central schemes in the state.