How A Wild Elephant Was Rescued From A 50-Foot Well 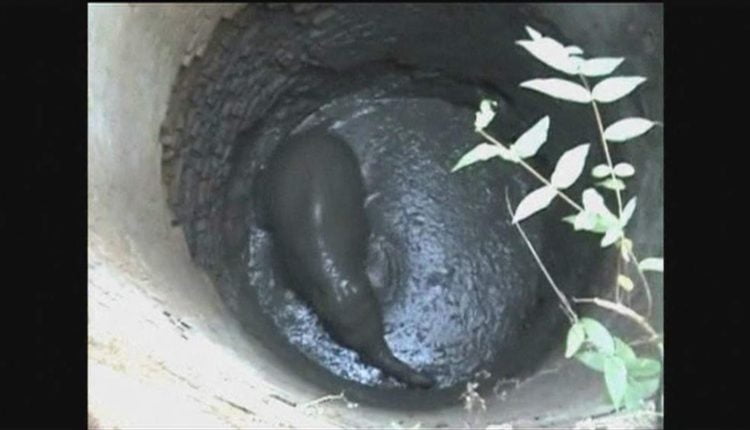 Kozhikode: A team of rescuers started the year on a triumphant note as they brought out a wild elephant which had fallen into a well at Anakampoil in Kerala’s Kozhikode district after an operation lasting 12 agonising hours.

“Luckily there were no major injuries to the elephant, which was later released into the forest. But before entering the forest it damaged the earth remover and other equipment which played a vital role in saving it,” Hindustan Times quoted a senior forest official as saying.

The rescue team – made up of forest, revenue and police officials — broke the well with an earthmover and dug a small pathway to help the trapped elephant come out.

The jumbo fell into the 50-foot well in the morning was rescued around 9 pm.

Initially, officials suspected that the elephant may have been hurt in which case they were contemplating tranquilising it and shifting is to a camp for treatment.