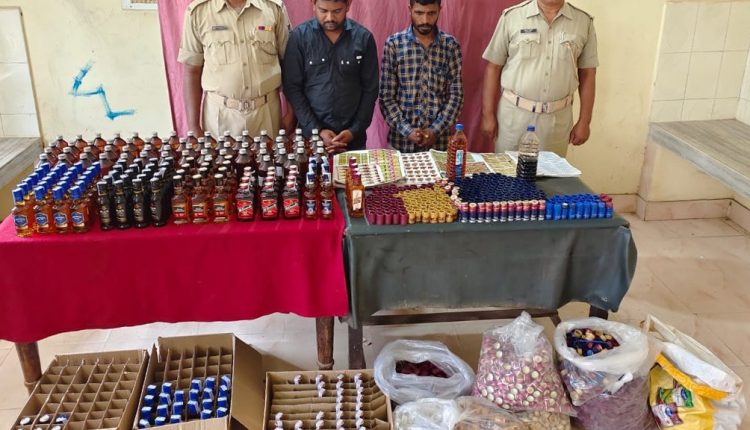 Berhampur: Huge amount of duplicate India Made Foreign Liquor (IMFL) was seized by police in Odisha’s Berhampur city on Tuesday.

Police also arrested two persons, who were engaged in production of duplicate IMFL during the raid. They have been identified as Kalia Sahu alias Musa of Nimakhandi and A Ganapati Rao of Sriramnagar. They have been forwarded to court, said additional SP Ramesh Chandra Sethi. The seized liquor and other ingredients would be sent for laboratory test in RFSL at Bhubaneswar, he added.

Police sources said the accused were procuring the raw materials and empty bottles of reputed IMFL brands from outside Odisha. After filling the bottles with duplicate liquor, they were selling those in Berhampur and other areas of Ganjam district, they added.