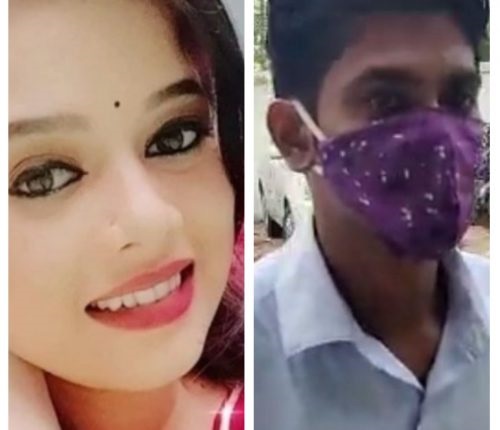 Patra’s death comes days after Rashmirekha was found hanging at her rented house at Gadasahi, Nayapalli, in Bhubaneswar on June 18. She stayed in the rented house with Patra for around two months.

After being informed about Patra’s death, Udit Nagar police reached the spot, sent the body for post-mortem and begun investigations.

Patra, who worked in a finance company, was recently questioned over Rashmirekha’s death by the Commissionerate Police in Bhubaneswar’s Nayapalli police station.

Rashmirekha did not blame anyone in her suicide note. She also urged her father not to lodge any police complaint over her death. “Won’t spare anyone, if he (Santosh) lands in trouble,” she wrote.

Her father blamed Patra for her death.

During his questioning last month, Patra had told police that they were planning to register their marriage in court.

Speaking to media persons after being questioned by police in Bhubaneswar, Patra had said he and Rashmirekha were not legally married but were in a live-in relationship.

“We married in a temple and were living like husband and wife. We had planned to register our marriage in court in June last week,” he had said.

Stating that he had spoken to Rashmirekha over phone on June 17 night, he had said he came to know about her death from the media the next day. He had said he did not know why she took the extreme step.

Rashmirekha’s family lives in Jagatsinghpur district’s Sanket Patna village. She had been living in Bhubaneswar for the last four-five years, acting in albums and television serials. After quitting acting, she was working in a finance company, where he met Patra.