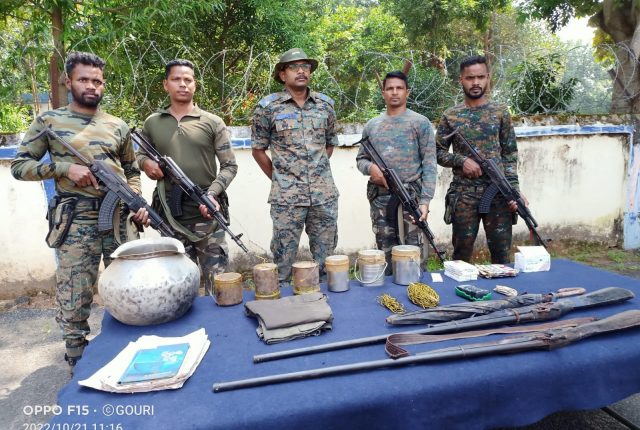 Malkangiri: A huge cache of arms, explosives, and other items allegedly dumped by Maoists was recovered by security forces during a combing operation in Odisha’s Malkangiri district on Friday.

According to sources, an intensive search and area domination was conducted by Malkangiri Police in the general area of Tulsi Reserve forest under Mathili police limits bordering Chhattisgarh on October 19.

After two days of extensive search, a major Maoist dump was busted near a forested area of Katwapadar village under Kartanpalli gram panchayat and a huge quantity of IEDs, arms, laptop/notebook, multimeters, medicines including oral contraceptives, which shows the exploitative nature of cadres towards females, and other incriminating articles were recovered.

It is suspected that these articles were intended to target civilians and security forces.