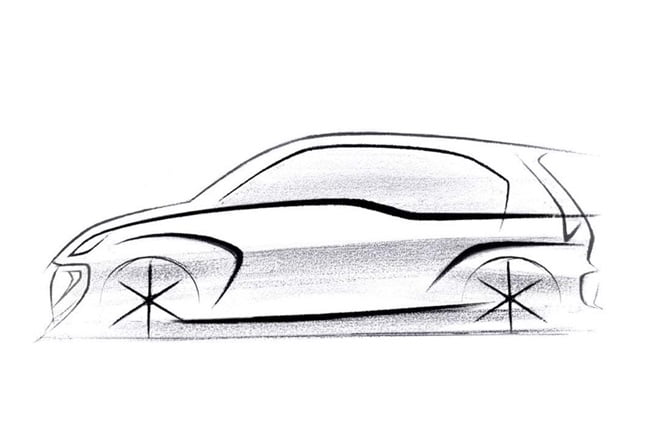 New Delhi: Hyundai has come out with a teaser sketch of its upcoming small car, code named AH2.

Sources suggest that it is going to be the new ‘Santro’, the car with which Hyundai created an impression in the country. The company has revealed that it will be a ‘contemporary family car’ and replace the Hyundai Eon.

The new design suggests a compact car with fluidic elements and a tallboy stance. From the number of spy photos that have surfaced online, the interiors are likely to have a black-beige dual tone color combination with steering mounted controls in higher variants.

According to industry experts, the new Santro is expected to be powered by a 1-litre petrol engine. The company has confirmed that it will come with an automated manual transmission (AMT) system. Hyundai is also expected to fit dual airbags and ABS as is the standard across the range in the Santro.

It will compete with other entry-level cars such as the Tata Tiago, Renault Kwid and Maruti Suzuki Alto K10.

The car is expected to be launched during the festive season this year and might come up with impressive fuel efficiency numbers and aggressive pricing.

Hyundai Santro To Be Unveiled Tomorrow