I Don’t Consider Weed As A Drug: Anurag Kashyap 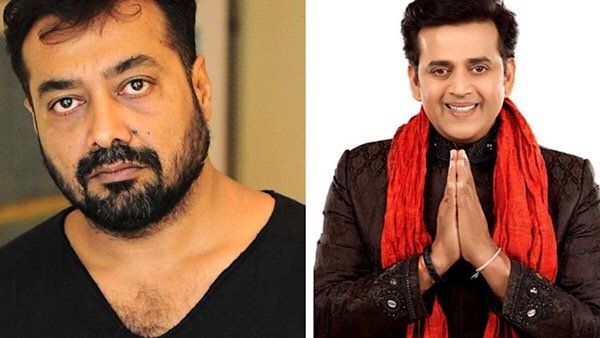 Mumbai: Bollywood filmmaker Anurag Kashyap, who is known as ‘Charsi’ on social media, stated that he doesn’t consider weed as a drug.

According to a report in Hindustan Times, Anurag said in an interview to journalist Faye D’Souza that he is not happy with actor-cum-politician Ravi Kishan’s statement on ther drug nexus.

The filmmaker claimed that Kishan himself used to smoke weed and everyone in the industry knows about it. So he shouldn’t be talking about it now.

Anurag further said that he doesn’t consider weed as a drug as it doesn’t turn a person into a monster nor does it have harmful, long-lasting effects.

“Ravi Kishan starts his day by saying Jai Shiv Shankar, Jai Bam Bhole. Jai shiv Shambhu. For the longest period of his time, he has been somebody who has used weed. It is life. Everybody knows it. There’s not a single person who doesn’t know that Ravi Kishan does not smoke up. He might have quit now, that he has become a minister, he might have cleaned up,” Kashyap told the journalist.

Reacting to Anurag’s statement, Kishan told ANI: “I didn’t expect such words from Anurag Kashyap. It’s no secret I am a devotee of Shiva so I chant his name. I’m saddened he would not support me on this issue of the war on drugs & say that I smoked up & am now clean just because I’m a minister, which I’m not.”

Earlier this week, Ravi had praised the Narcotics Control Bureau (NCB) for arresting drug peddlers in connection with the Sushant Singh Rajput case.

“We know the problem of drug trafficking and drug addiction is increasing. In this conspiracy, our neighbouring countries are involved… Drugs come to this country via China and Pakistan. Our film industry, too, is affected,” Ravi had said.