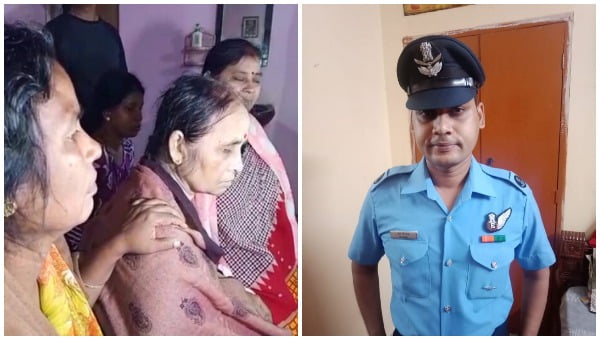 Talcher: He was home last Dussehra. His village in Odisha’s Angul district is now readying to receive his mortal remains with welled up eyes and memories that would last a lifetime.

Junior Warrant Officer (JWO) Rana Pratap Das was one of the 13 victims of the Coonoor plane crash, which claimed the lives of Chief of Defence Staff General Bipin Rawat and his wife on Wednesday morning.

His elderly parents, Sribascha Das and Susama, were told about the tragedy only after his sister arrived at Krishnachandrapur village in Talcher’s Kandhala panchayat on Thursday afternoon. His 65-year-old father has a heart ailment and mother is under medication for psychiatric conditions.

Born in 1987, Rana joined IAF in June 2006 and was transferred to Coimbatore three months back. The 34-year-old had got married in 2017 and he and his wife Sibangi, a dentist by profession, have a 19-month-old son.

Angul Collector Siddhartha Shankar Swain said Rana will be cremated with full State honours at Talcher. “I am in touch with IAF authorities to coordinate the arrival of his mortal remains which may take a couple of days,” he added.

After visual identification and DNA matching of his body with his family members, Rana’s mortal remains will be handed over for the last rites, which is likely to take place on Monday, sources said.