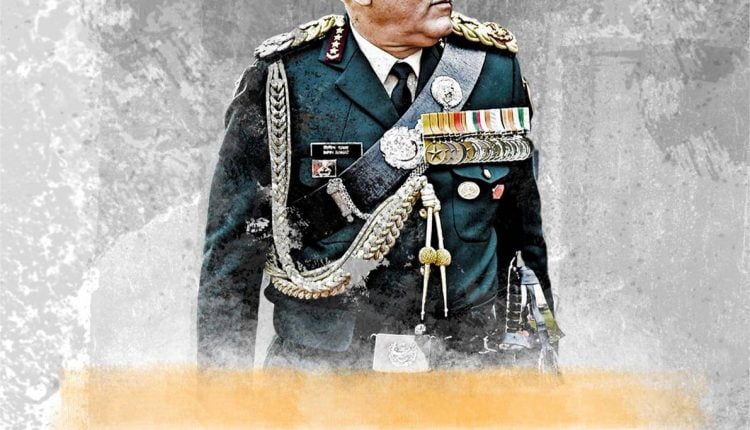 New Delhi: The entire country is mourning the tragic demise of India’s first Chief of Defence Staff (CDS) Gen Bipin Rawat, his wife and 11 other Army personnel in a chopper crash on December 8.

Thousands visited Gen Rawat’s Delhi residence, where his and wife Madhulika Rawat’s bodies were kept on Friday morning, to pay their last respects.

For those who couldn’t go in person, the Indian Army has issued a web link which can be accessed by all Indians to pay tributes to Gen Rawat. The link is — https://generalbipinrawattributes.in/

“Our flag does not fly because the wind moves it; it flies with the last breath of each soldier who died protecting it. Offer your tributes to the Brave Son of India General #BipinRawat #CDS by clicking on the link https://generalbipinrawattributes.in/,” Indian Army posted on Twitter.

Group Captain Varun Singh, the lone survivor, is battling for life at the Command hospital in Bengaluru.

The mortal remains of all 13 persons were flown from Wellington to Delhi’s Palam airbase on Thursday evening.

Prime Minister Narendra Modi and the country’s top military brass on Thursday paid homage to Gen Rawat and others.

Gen Rawat and his wife will be cremated at Brar Square crematorium later today.