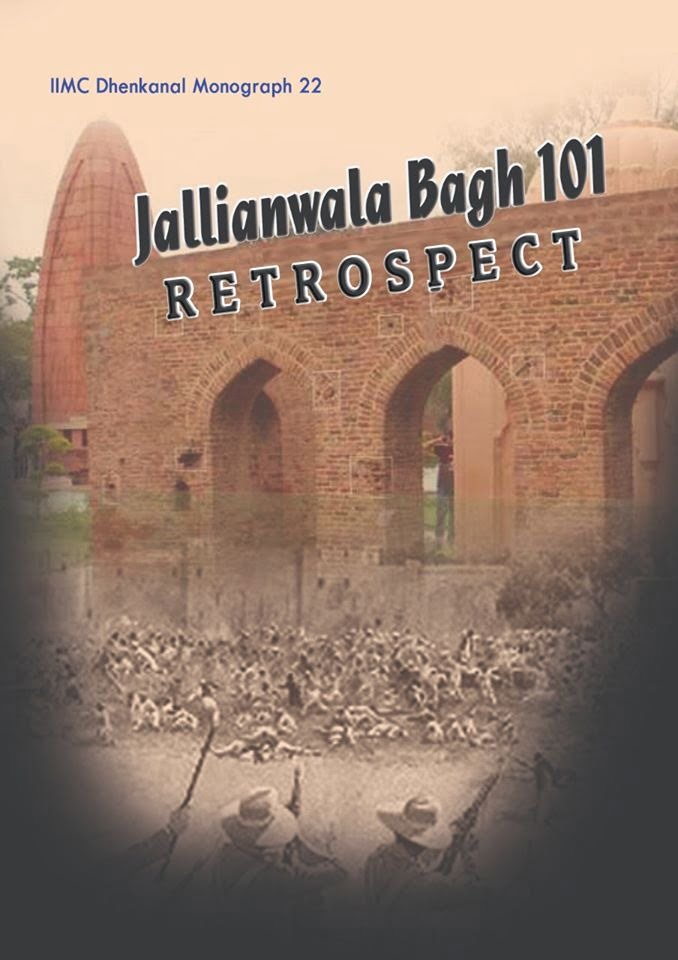 Dhenkanal: It’s 101 years to the day that General Reginald Dyer ordered his soldiers to fire on an unarmed crowd at an enclosed place called Jallianwala Bagh in Amritsar. To document the various aspects of the ‘black day’ in Indian history, which saw the death of about 380 people and injuries to many more, the Indian Institute Of Mass Communication (IIMC), Dhenkanal, has compiled a monograph which includes articles, trivia and interesting information.

The e-monograph was e-released through a Facebook Live session by Dr Mrinal Chatterjee, Professor and Head of IIMC, Dhenkanal, on Monday afternoon.

“This is an important incident in the history of India and Indian independence movement. The horrific firing on innocent people of this country by the British force has got many dimensions and we wanted to document them in this monograph,” said Dr Chatterjee, who has edited the monograph.

The monograph is a compilation of selected articles and essays, some of which have already been published in various publications across the country and some are original to this volume.

There are essays on the Odisha connection to this ghastly incident.

“Beside the Jalliawanwala Bagh massacre, there were similar firing on innocent people here in Odisha as well by the British force. They were mostly on the tribal population in Amco-Simco, Papadahandi and Irom. Those incidents have also been recorded through the articles in this monograph,” informed Dr Jyoti Prakash Mohapatra, Assistant Professor, IIMC Dhenkanal, who is also one of the contributors.

Senior journalist Mahendra Ved and academician Prof. Surya Narayana Mishra have also written on what happened before and after the massacre.

The e-monograph also contains a list of books, films, pictures of postage stamps, press clippings, some photographs and paintings related to Jallianwala Bagh.

The e-copy of the monograph is available on request.

Petrol Pump Employee Looted After Being Shot In Odisha’s Dhenkanal