The Project Is Being Supported By Infosys Co-Founder Kris Gopalakrishnan 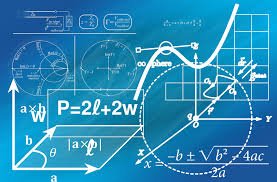 The Indian Institute of Technology (IIT) Gandhinagar, has announced the launch of a major project on the history of Indian mathematics with the support of a grant from Infosys Co-founder, Kris Gopalakrishnan.

“I am delighted to support this project to better understand and create wider awareness of the significant contributions that Indians have made from the 8th Century BC to 20th Century in the development of mathematics. I am confident that IIT Gandhinagar will do exceptional work in this area.

India has made major contributions to many of the foundations of modern mathematics, which is not deeply studied or widely known. We are grateful to Gopalakrishnan for this support, which will enable us to undertake a systematic study of the history of Indian mathematics and to disseminate those contributions both within India and globally.

Indian mathematicians and their contribution to the field of Mathematics

Among the world’s ancient civilisations, India made innovative, wide-ranging and seminal contributions to mathematics. From the Shulba Sutras of the eighth to sixth century BCE to Sankara Varman’s Sadratnamala of the 19th century, Indian mathematics boasts a long, continuous and cumulative intellectual tradition, with illustrious names such as Aryabhatta, Brahmagupta, Bhaskaracharya or Madhava, but also a host of lesser-known yet brilliant scholars from almost every part of the subcontinent. Through its advances in number systems, geometry, algebra, trigonometry, and algorithmic methods, India contributed to some of the foundations of modern mathematics.

Indian Mathematicians of the Twentieth Century

In the twentieth century, this production continued on a new foundation. While S. Ramanujan now stands out among the world’s greatest mathematicians, others, such as Syamadas Mukhopadhyay, S.S. Abhyankar, K.S. Chandrasekharan, Raj Chandra Bose, S.S. Shrikhande, Harish-Chandra and many more, made significant contributions to various branches of mathematics.

(With inputs from news reports and publications)

Odias In Kolkata Soak In Spirit Of Raas Purnima