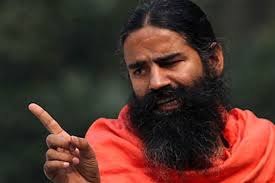 He had enraged the medical fraternity after being heard criticising allopathic medicines and treatment in a video last week.

He apologised after the Union Health minister asked him to, but the yoga guru has once again come up with his bizarre theories.

The IMA wrote to Prime Minister Narendra Modi, demanding action against him. Now, they have gone ahead and filed a complaint against Ramdev.

The yoga guru allegedly described allopathy as a “stupid science” and stated that “lakhs of (COVID) patients have died after taking allopathic medicines.”

The complaint has been filed against Ramdev for committing offences under Epidemic Diseases Act, 1897, Disaster Management Act, 2005 with all other relevant provisions of law, reported ANI.

IMA Uttarakhand had earlier filed a defamation suit against Ramdev for his controversial remarks on modern medicines.