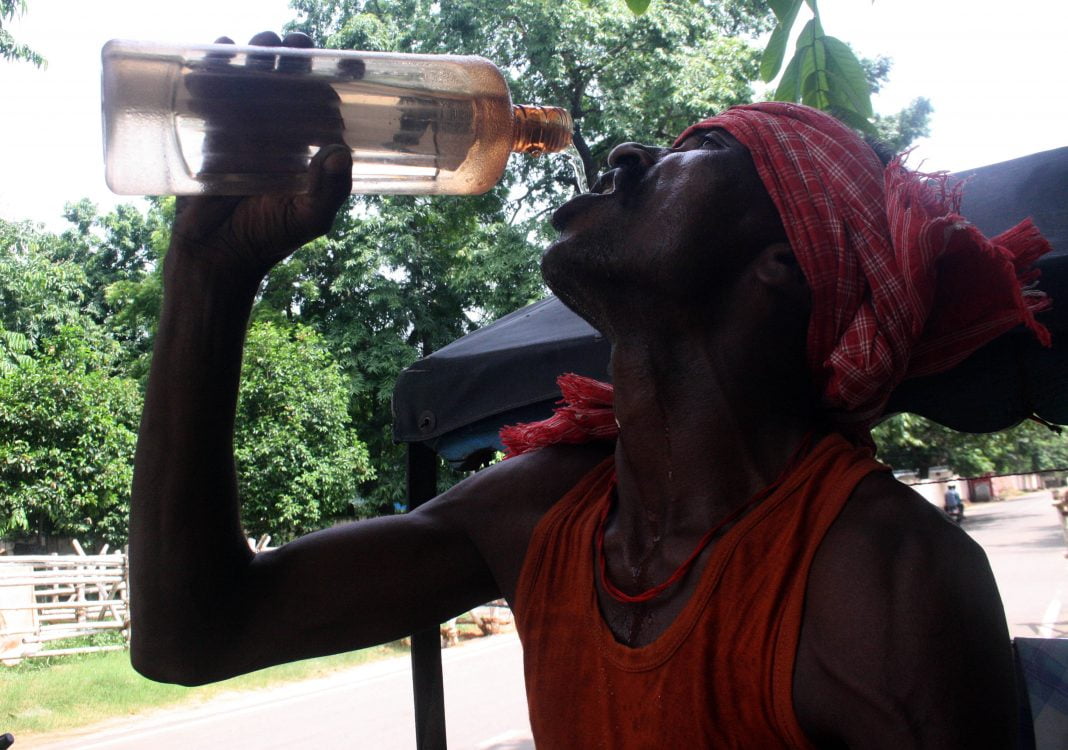 a heat wave alert for eight interior and coastal districts. There has
been a sudden rise in the temperature coupled with intense humidity in
Odisha making life miserable.

Explaining the vagaries of monsoon, the IMD said that the weakening of the south-west monsoon in Odisha is due to blowing of hot wind from

the north-west direction, which has altered the course of the monsoon
current.

It also said that though the heat wave condition would prevail for the next 72 hours, there would be no perceptible change in the weather

Cuttack, on Saturday, and asked people to stay alert till 7.45 pm.

According to an evening release by the Meteorological Centre,

Bhubaneswar, on Saturday, eight places in Odisha recorded 40 Degree Celsius and above with Baripada being the hottest place with 41.4

The seven other places recording 40 degree Celsius and above are

Talcher (40.8), Bhawanipatna (40.5) and Balangir (40.3), an evening
release by the Meteorological Centre, Bhubaneswar informed.

Taking note of the heat wave alert by the IMD, the state government on

Saturday extended the summer vacation for schools by three more days
till June 21.

Must Watch: A Video To Revive 200-Year-Old Prahallada Nataka